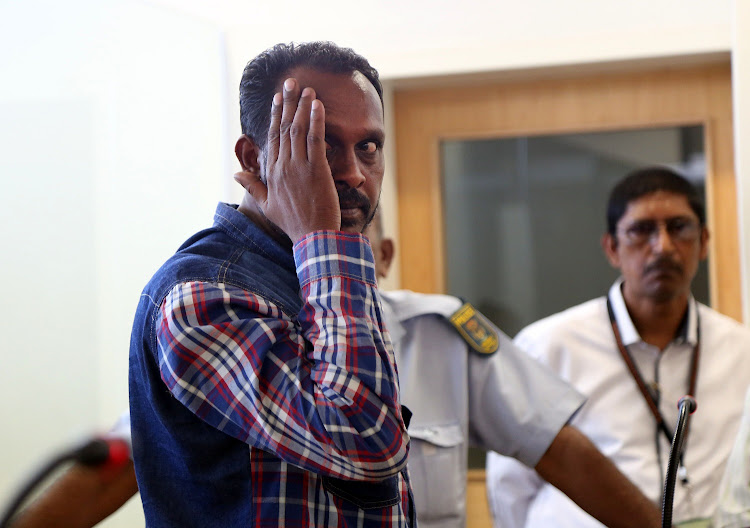 Colin Pillay , the man accused of murdering Jane Govinsamy and her two daughters in their Phoenix flat, appears in the Verulam Magistrates Court.
Image: JACKIE CLAUSEN

The man accused of a gruesome triple murder in Phoenix‚ Durban‚ has temporarily abandoned his bid for bail.

Collin Pillay‚ 45‚ the man accused of the horrific murders of Jane Govindsamy and her two daughters‚ Rackelle‚ 16‚ and Denisha‚22‚ in their Phoenix flat on September 21 appeared before the Verulam Magistrate's court on Thursday. His lawyer‚ Chris Gounden‚ told the court he was not ready to proceed with the bail application.

“We are in no position to proceed with the bail application because we have not received the statements my client had allegedly made to police following his arrest‚” he said.

Gounden said that his client's statement was paramount to his bail application.

As Durban father Sagren Govindsamy kissed his wife and two daughters for the last time‚ mourners at the Faith Revival Church on Saturday questioned ...
News
3 years ago

The Sunday Times had reported that Pillay had a long standing relationship with Jane‚ which her husband Sagren has strongly denied. Meanwhile‚ outside the courthouse‚ Phoenix residents and Govindsamy family members protested for the accused not be released on bail.

“We are hoping whatever needs to happen here happens so that the matter moves to the high court‚ because we need closure‚” said Amar Ganasparsadh‚ Jane’s brother in-law.

“This has been very hard for the community and especially for Jane’s sisters. Even at the funeral parlour they were the ones bathing the bodies and I think the extent of the injuries is really getting to them‚” he added.

The matter was adjourned to November 28.