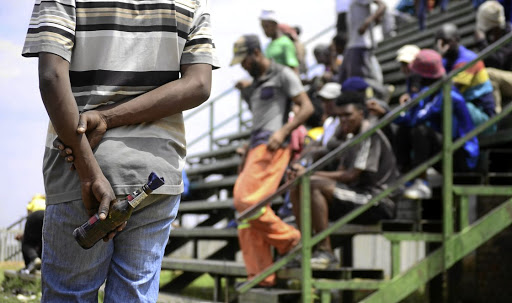 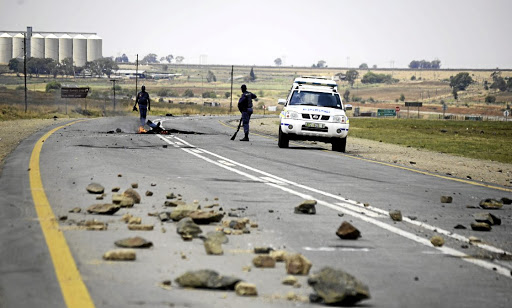 Everything was on standstill yesterday in Ventersdorp, North West, as angry residents were calling for the abolishment of their newly merged municipality.

Residents pelted police with petrol bombs and stones while they were trying to disperse them.

They also barricaded the main road from Johannesburg to Mahikeng.

The residents said ever since the Ventersdorp municipality was merged with the then Tlokwe municipality, services and developments were halted in Ventersdorp.

They were also complaining that the new municipality introduced electricity policy, 99/5 was not favouring them as majority of the residents where unemployed.

The policy stated that when a resident buys electricity, the municipality takes 95 percent of the money and pay for rates and services and gives them the five percent electricity units.

School and shops were shut down yesterday.

Protests could disrupt matric exams‚ but department is 'ready for risks'

A number of commuters were left stranded yesterday as there were taxis on the roads.

A resident, Sello Dassi, said before the introduction of the policy, they were paying 60% for rate and had at least 40 percent of the electricity units.

"What makes us angry is that after government forcefully merged Ventersdop with Tlokwe municipality, they introduce the new electricity policy before engaging with us as the community," said Dassi yesterday.

He said that made them angry to the point that they decided to add some of the pending issues that were not sitting well with them.

They wanted to know on what had happen to the N14 development - a project that was done by the Ventersdorp municipality in 2006.

On the project, the plan was that a mall, petrol station and schools will be built for the community of Ventersdorp.

"That was going to create employment and development to our town, now that they have forcefully merged us, they are quiet about the project," he said.

Ventersdorp is a farming town, comprising 280 farms. It has seven villages and two townships.

"We wanted the Ventersdorp to return back since the merger municipality officials only focuses on Potchesftroom and they do not care about us," Dassi said.

"We started it in September as they were claiming that there was no public participation," he said.

He said the mayor did not have powers to abolish the amalgamation.

On the issue of the N14 development project, Boqo said the municipality was supposed to start with the roll-out and consultations.

" Mayor has employed a consultant that will do the economic study of Ventersdorp to see whether our people will be able to pay high electricity traffic," he said.

He said they would start with the process as soon as the protest ended.

Police were still monitoring the situation by late yesterday.