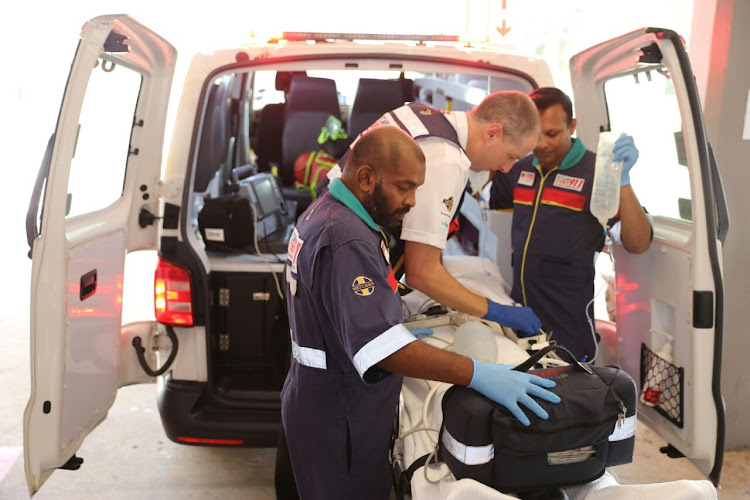 A security guard was shot multiple times as he attempted to checkout suspicious activity at property in Midrand on Wednesday, paramedics said.
Image: Netcare911

A security guard was shot multiple times as he attempted to check out suspicious activity at a property in Midrand on Wednesday‚ paramedics said.

He was treated on the scene before being transported in a critical condition to hospital for further assessment and care. Herbst said the Netcare team were alerted at 11.40am to reports of a shooting on Aitken Street in Halfway House‚ Midrand.

"It was reported that the security guard went to investigate a group of suspicious men when an altercation broke out and he was shot.

"Circumstances leading up to the shooting are unknown‚ however‚ all necessary authorities were on scene to investigate."