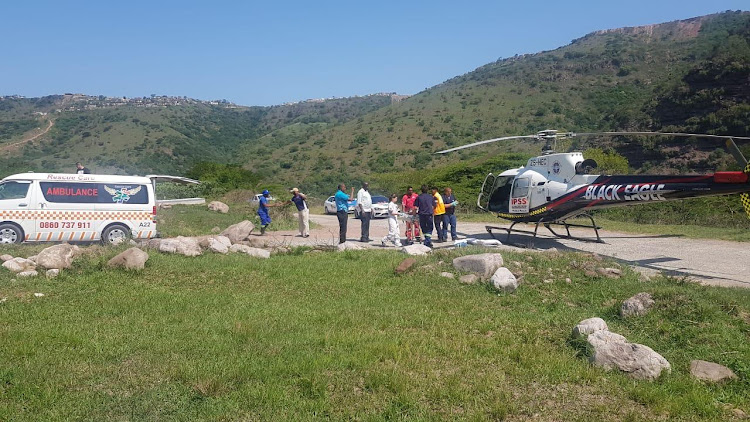 A security guard was shot at a cemetery.
Image: SUPPLIED

A security guard has been airlifted to hospital after he was found shot at a cemetery near Pinetown on Tuesday.

Rescue Care paramedics arrived at the scene to find the guard in a critical condition‚ having sustained gunshot wounds to his upper body. It is believed that the guard was shot during the night.

“He was stabilised on scene by paramedics but due to the nature of his injuries and the distance to the hospital‚ it was decided to call in the IPSS black eagle medical helicopter‚” said Rescue Care spokesman Garrith Jamieson.

Jamieson said that the man was taken to a nearby hospital and that the SAPS were on the scene to investigate. Police didn't immediately respond to queries.