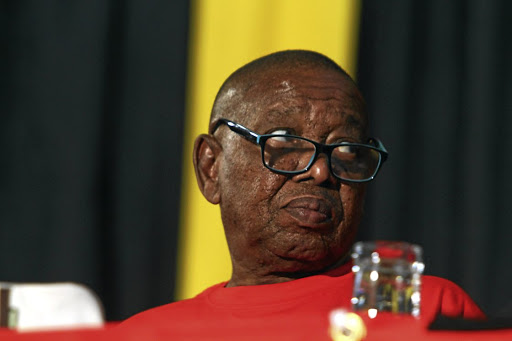 SACP general secretary Blade Nzimande is calling for a review of the alliance and for the SA Communist Party to play a greater role in the government.
Image: KABELO MOKOENA

The South African Communist Party is ready to appear before the state capture commission to give evidence on how state intelligence was used to tap and record the telephone calls of its leaders.

Speaking at the launch of the Red October campaign in Bushbuckridge, Mpumalanga, yesterday, SACP general secretary Blade Nzimande said they would testify about how state resources were used to spy on the party's leaders.

He said the SACP would make a submission to testify and also talk on how state interference was used to record and monitor politicians' calls, "specifically communists".

In 2016, Nzimande said leaders of the SACP were "under siege from parasites" who had their phones bugged.

Nene said in mid-2015‚ he was summoned by Zuma to an urgent meeting.
News
3 years ago

"On the corporate capture, some, especially in the media, say that they led to the formation of the Zondo commission. We as the communists were the first to call for the commission.

"What we want to say officially today is that we welcome that the Zondo commission has started.

"We want to announce that as the SACP, we will be going to give evidence before the Zondo commission."

He claimed that there were people who threatened SACP leaders, "saying 'don't go and present yourselves as if you are clean because there's information which we have'.

"We want to say to them, bring out that information because we are also going to show how intelligence structures in this country have been abused to advance state capture.

"They have information because they have been doing things illegally against the leadership and members of the South African Communist Party.

"We will show to what extent we have been so close to becoming a mafia state," Nzimande said.

He said if the alliance was not reconfigured, the SACP would have no choice but to contest state power as an independent party.

"Our alliance is very important. If this alliance is not re-configured, we will have no choice but to consider contesting elections separately as the SACP.

"We want to thank Cosatu for supporting that stance. The way in which the alliance is functioning must change."

Nzimande said it was not fair that all alliance partners engaged in rigorous campaigns for elections but the ANC was the only one that took all the decisions.

A report has found that Nhlanhla Nene's son was involved in securing a PIC investment while he was still its chairperson.
News
3 years ago

EFF have accused finance minister Nhlanhla Nene of lying under oath.
News
3 years ago
Next Article