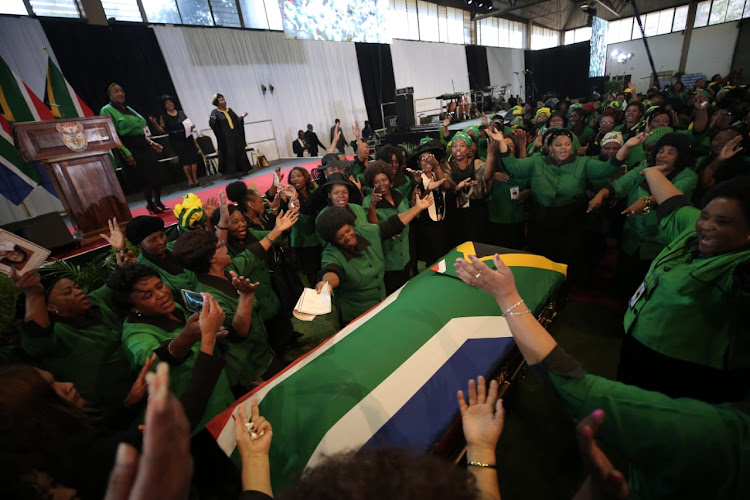 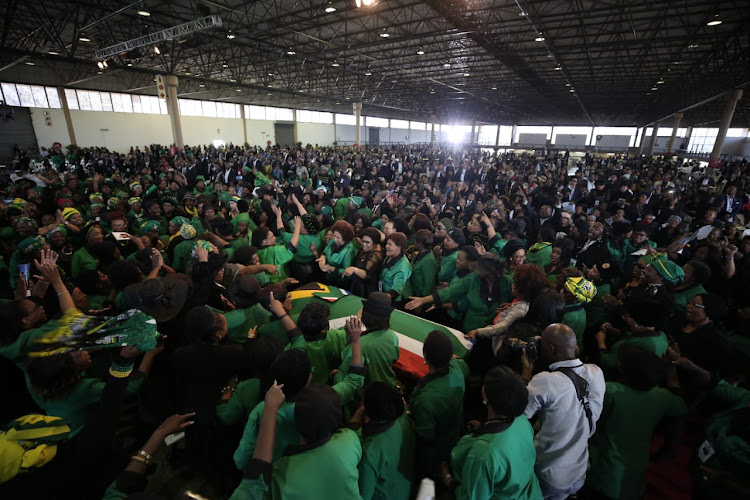 President Cyril Ramaphosa on Saturday praised the late environmental affairs minister Edna Molewa as a woman of courage and principle who was widely respected on the world stage‚ due in large part to her role in the global effort to combat climate change.

Delivering the eulogy at her funeral service in Pretoria‚ Ramaphosa said Molewa’s life was one of sacrifice‚ selflessness and service.

He said she had been “dedicated to the founding values of the organisation to which she dedicated her life‚ the African National Congress‚ and dedicated to realising the objectives of our democratic Constitution”.

“She will be remembered for her unwavering belief in constitutionalism‚ in democratic values‚ in the unity of the South African people‚ and in the central role of government in forging a society based on freedom‚ justice and human rights for all.

“She was a woman of courage‚ of extreme professionalism‚ and‚ above all‚ of principle.”

Ramaphosa added that it was in tribute to this legacy that tributes to Molewa had been received from the environmental and conservation community around the globe.

“The late Dr Molewa executed her role as Minister of Environmental Affairs with diligence‚ with excellence and with dedication.

“She lent immense stature and gravity to the role.

“She has ensured that the conservation of the environment has become a catalyst to advance the objectives of the National Development Plan.

“We have lost a leader who was widely respected on the world stage‚ due in large part to her role in the global effort to combat climate change‚” Ramaphosa said.

He added that It was under her leadership that South Africa had formulated its first National Climate Change Response Policy and National Adaption Strategy.