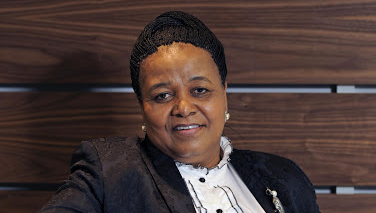 As has now become the norm at funerals of well-known individuals‚ Minister Edna Molewa's funeral service in Pretoria had its own awkward moments.

But what took the cake on Saturday had to be when Molewa's grandson‚ Ogone Kitchin‚ referred to President Cyril Ramaphosa simply by his first name.

Speaking on behalf of Molewa’s grandchildren‚ the tall born-free Kitchin said: "It was crazy coming up here seeing Cyril... yahoo!" This statement saw the hundreds of mourners crack up with laughter.

Ramphosa seemingly took it all in good spirits - joking when he took to the stage to deliver the eulogy for the former environmental affairs minister: "When I walked in here‚ it was crazy and scary seeing people like you."