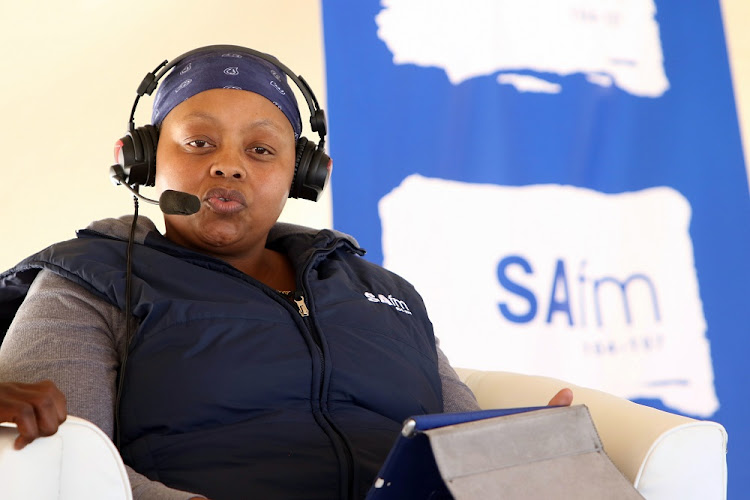 After a lengthy battle with colon cancer SA FM radio personality Rowena Baird has died‚ the SABC confirmed on Friday.

"The SABC is saddened to learn of the passing of Ms. Rowena Baird, after battling with cancer for a long time," the public broadcaster's spokesperson Neo Momodu said in a statement.

"Ms Baird started her broadcasting career in the mid 1980s at Radio BOP. She spent time at a variety of radio stations over the years, including stints at Radio 2000, Channel Africa and Metro FM."

SAFM shared the news on its Twitter page‚ saying that Rowena's sister confirmed she died on Friday morning.

SAfm former senior presenter of Morning Talk Rowena Baird has passed away this morning. Rowena Baird started her broadcasting career in the mid 1980s. May her Soul Rest in eternal peace. pic.twitter.com/m9rcywMLpf

Former SAfm senior presenter on Morning Talk, Rowena Baird, has passed away. Her sister, Michelle Baird, has confirmed that she died this morning. #sabcnews pic.twitter.com/U6JxKFAsbX

In an interview on Morning Live about a year ago Rowena opened up about her battle with colon cancer and the effects it had on those close to her.

Cancer has become one of the most common diseases in the recent years. Genetics, diet and lifestyle have been named the main causes of the increasing number of people diagnosed with cancer. Our own SABC SAFM Radio personality has been diagnosed with colon cancer, and we caught up with her to chat some more on her story.

"Ms. Baird played a meaningful role in assisting the SABC to deliver on its mandate, keeping South African citizens informed and entertained. She left an indelible mark in the broadcasting industry which will without a doubt inspire young broadcasters," Momodu said.

As news of Rowena's death spreads‚ social media users have taken to Twitter to pay tribute to her.

#RowenaBaird - Rest In Peace you wonderful lady!
Your battle here is over - May everyday be a good day for you now ❤️❤️ https://t.co/pNjYmJegqc