Teen causes stir by arriving for matric farewell in a coffin 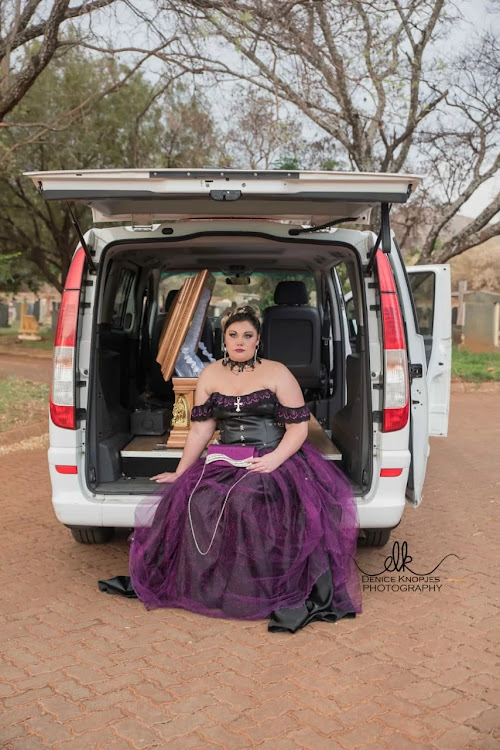 She entered a coffin as a high school teen and emerged as an "adult".

“It was just to show that I am done with my high school career and I am now entering the world as an adult‚” said 18-year-old Kaylee Rough‚ after arriving in a coffin at her matric farewell at Hoërskool Frikkie Meyer in Thabazimbi‚ Limpopo‚ on Saturday night.

Rough first toyed with the idea in grade eight before finally making up her mind earlier this year.

A video of her entrance has been widely circulated on social media with over 290‚000 views.

When the back of the hearse opens‚ white smoke dissipates before friends and family carry the casket and lower it onto the green carpet. The casket is opened and‚ helped by fellow pupils‚ Rough emerges in her black and purple dress. Some in the crowd cheer‚ others clap hands while one person shouts: “Undertaker!”

Rough said her boyfriend Chris de Witt at first thought the idea was “a bit strange”.

They hired the hearse and casket at Martin’s Funerals in the nearby town of Northam. She climbed into the casket minutes before they entered the showgrounds.

Rough‚ however‚ received mostly negative feedback‚ with some accusing her of disrespecting the dead.

“That was not the idea … It was something that I wanted to do which I thought was a good way to end my matric year‚” she said.

“What I did made me happy and it does not have to make anyone happy except me.”

Here are some of the comments on social media:

Anton Bezuidenhout: “Some say her dress was to die for.”

Aurette Venter: “She messed up her own matric farewell with such a sick joke.”

Bianké Stibor: “She clearly had a theme going‚ not trying to be insensitive. I am so shocked what people have done to society. Bullying is still a massive issue with all ages….”