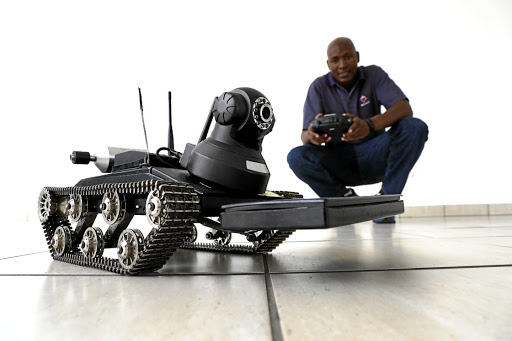 A South African duo has developed a compact robotic system that can detect explosives through the air.

Mbuyiselo Sokuwe, 36, a Free State-born technician and his colleague Selaelo Mojela working for Mechem, a subdivision of Denel Aeronautics, developed the system which is being used to remove explosives left behind after wars.

Sokuwe said the robot was created in two weeks in 2016 after an extensive search for the necessary parts from across the world. Over the past two years, Sokuwe and Mojela have been working on developing an improved prototype.

"We [Mechem] are contracted by the UN to travel to countries across the world to clear out explosives of war that are left behind," Sokuwe said.

He's one of the hundreds of innovators that have congregated in Midrand, Johannesburg, this week to showcase their innovations at the Brics 2018 Future Skills and Challenge Expo. 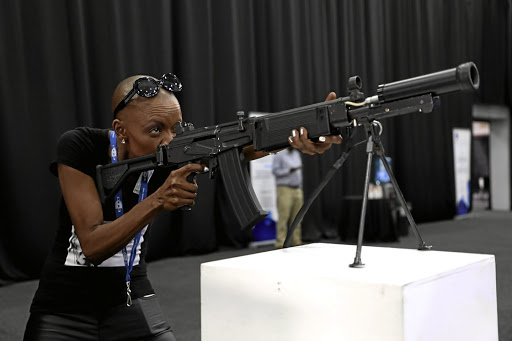 Sokuwe said they worked in areas suspected to have land mines. "We take air samples in the area to detect if there are explosives left behind," he said.

The robot is controlled by remote and can be sent into a suspected dangerous area where it uses a vacuum-like suction to take in the air for sampling.

"Dogs are then exposed to the samples to identify if the air smells of explosives," he said.

Sokuwe said the system was used as the first line of defence before the actual process of deactivation of explosives and land mines can take place.

Sokuwe, a son of farmworkers, has made his family proud by travelling to countries such as Sudan, Uganda and Mozambique where dozens of communities are in danger from undetected explosives from previous armed conflicts.

He said he will continue with further research to ensure that he develops products that are of a high standard.

Fifteen-year-old Lesedi Mlamba from Solomon Mahlangu Freedom High School, in Mamelodi, Tshwane was one of the hundreds of children that were impressed by the work being done in science by people such as Sokuwe at the expo.

"I've been able to see what different types of jobs I can do when I grow up. I didn't know that women can also do work such as welding," she said.