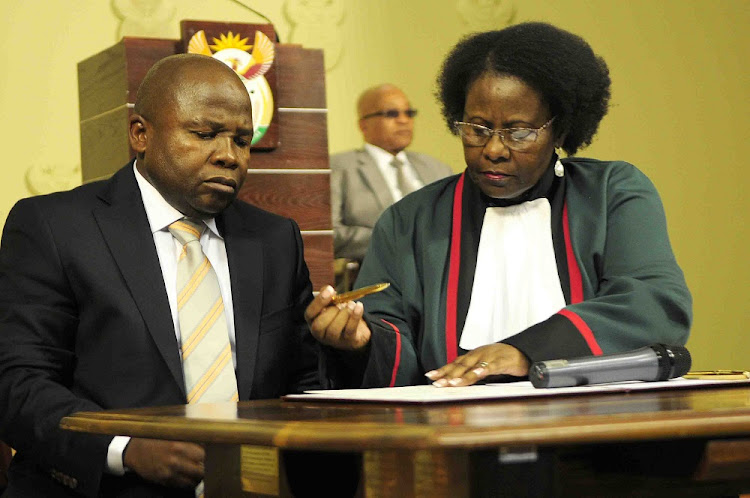 In this file image, former President Jacob Zuma can seen in the background during the swearing in ceremony of Des van Rooyen as then finance minister Judge Sisi Khampepe replacing Nhlanhla Nene on December 10 2015.
Image: Thulani Mbele

Finance minister Nhlanhla Nene says he was fired by then-president Jacob Zuma in a meeting that lasted less than five minutes.

Nene made the revelation in a statement to the Zondo commission on state capture on Wednesday.

He said on December 9 2015‚ the day cabinet approved the nuclear deal‚ he was called to a meeting with the president. Zuma asked if he remembered that there had been discussions about the establishment of an African Regional Centre of the Brics bank.

Zuma told him in Zulu: “[We] discussed this matter with the top-6 and we agreed that we should put you there."

“I asked when this decision was to take effect and he informed me that he would be making an announcement ‘shortly’‚" said Nene.

“I thanked the president for having provided me the opportunity to serve the country as minister of finance. We shook hands and I left. The entire meeting lasted two or three minutes‚” said Nene.

“Who are they to offer you the job of Minister?”
News
3 years ago
Next Article