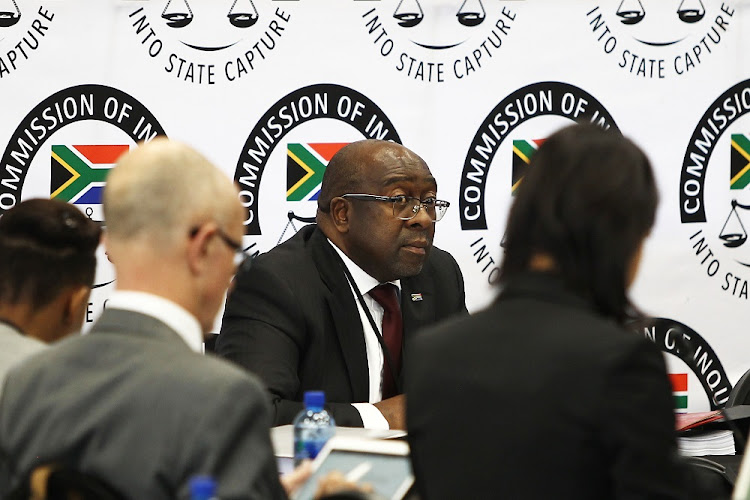 Nhlanhla Nene, minister of finance is seen at the commission of inquiry into state capture that is chaired by the deputy chief justice Raymond Zondo.
Image: Thapelo Morebudi

Finance minister Nhlanhla Nene says he was not requested to do anything to benefit the Guptas‚ nor was he offered any inducement by the family.

In evidence to the Zondo commission investigating state capture‚ Nene has admitted to meeting members of the Gupta family on several occasions‚ including going to their house in Saxonwold and their offices in Midrand.

“Whilst Deputy Minister‚ I visited their home in Saxonwold on four occasions‚ always taken by my protectors. I regarded the visits as one of my tasks as Deputy Minister to engage with different stakeholders in the economy. The visits were short‚ and initially was to discuss the economy‚ and to contribute an article to their magazine at the time ‘The Thinker‚’” Nene said.

“The later visits were related to a briefing on the impending launch of the New Age. I also visited their Midrand offices again in 2013 before the launch of their television channel ANN7.”

He said he “became suspicious” of the family’s intentions around 2013‚ after reports on the funding of the Estina Dairy farm.

During the presidency budget vote debate earlier this year‚ EFF leader Julius Malema claimed Nene was “corrupt as hell”‚ questioning whether he had met with dubious business people and had intervened on their behalf.

Times Select on Tuesday reported that Nene had had a number of meetings with the Guptas‚ allegedly to discuss‚ among other things‚ the Public Investment Corporation (PIC) deal with Iqbal Surve’s Sekunjalo Investment Holdings.

The EFF has threatened to release what they have on Nene‚ should he not resign.Nene’s testimony continues.

“I believe that I was removed from office because of my refusal to toe the line in relation to certain projects."
News
3 years ago
Next Article