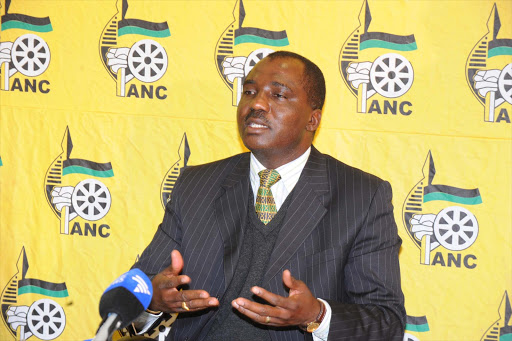 The Passenger Rail Agency of SA (Prasa) board has launched a probe into an alleged irregular fibre deal worth more than R1bn which has allegedly failed to generate any revenue.

The 15-year deal between Intersite Assets Investments, a Prasa subsidiary responsible for its property and asset development, was entered into with cellphone operator Vodacom in September 2016.

The probe follows allegations that members of the subsidiary's board had not followed proper procedures to enter into the deal, including relying on an alleged forged signature of then transport minister Joe Maswanganyi.

"The Vodacom/Intersite strategic partnership is the subject of a board enquiry after it was raised at a portfolio committee of transport level," Prasa spokesperson Nana Zenani said.

The cellphone company would also lease Prasa's dark fibre optic cables for the duration of the contract and make these assets commercially available to government and enterprises, including other carriers and mobile network operators through Vodacom's wholesale and carrier division.

According to sources, Intersite has so far failed to generate any revenue from the deal, now in its second year.

"Prasa is not in any position to disclose any financial information pertaining to Intersite at this stage, as the annual report for the past financial year is yet to be tabled at a formal annual general meeting," said Zenani.

An insider told Sowetan the department of transport under minister Blade Nzimande, had voiced concern regarding the deal as the signature on the deal was allegedly forged.

The Passenger Rail Agency of SA (Prasa) was on the verge of financial collapse at the end of the last financial year when it made a previously ...
Business
3 years ago

"The department of transport has distanced itself as they claim that the signature is not authentic. The board (Popo Molefe's board) said it couldn't entertain the Vodacom deal because [the board] don't quorate. What the Intersite board then did was to bypass this structure and went straight to Maswanganyi," the source said.

Asked whether he signed off the deal, Maswanganyi wouldn't deny or confirm he did. He referred further questions to the department.

"If there is anything that has to do with somebody who was in office at the given time and is no longer in that office, the department and entity concerned should be able to respond otherwise I will be running the department from the grave," he told Sowetan. "I've signed so many things and it will be not be right to keep on commenting on all of that."

He also said: "As far as I know, the Vodacom deal never continued, there is no contract between Vodacom and Intersite."

Contacted for comment, Intersite chairperson Bennet Mdebuka sang a different tune and said he had no choice but to write to Maswanganyi after unnamed people within Prasa tried to block the deal.

"As far as we are concerned, everything is above board..." Mdebuka said.

Vodacom confirmed that the deal was still in place.