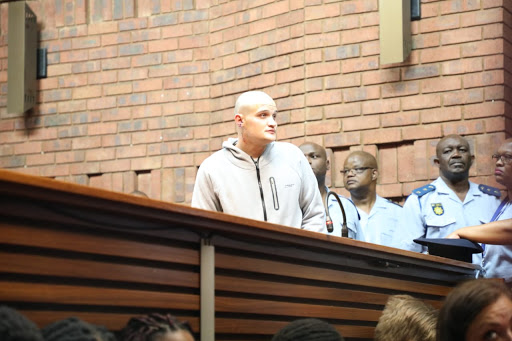 Nicholas Ninow, accused of raping a seven-year-old child in the bathroom of a Dros restaurant, appears before a packed Pretoria magistrate’s court on October 2 2018.. The case was postponed for further investigation.
Image: Thulani Mbele/Sowetan

This call was made by civil society movement #Not In My Name as Ninow appeared in the Pretoria magistrate's court yesterday on charges of rape, possession of drugs and assault with intent to cause grievous bodily harm.

Ninow is accused of raping a seven-year-old girl in the bathroom of the Dros restaurant in Silverton, Pretoria, two weeks ago.

Themba Masango, secretary-general of #NotInMyName, which advocates for the protection of women and children, said the 20-year-old must face an attempted murder charge. "This is not just rape. A child almost died at Dros restaurant. That is why we say this should be escalated to a charge of attempted murder," he said.

Dros restaurant rape accused, Nicholas Ninow, was remanded while the case was postponed for further investigation.
News
3 years ago

Professor James Grant from Wits School of Law said the idea of adding attempted murder charge was not far-fetched.

"It is not unthinkable that an adult male raping a child could lead to death. The idea of adding an attempted murder charge is competent," Grant said.

He said the test would be whether the alleged perpetrator foresaw that their actions could lead to death. 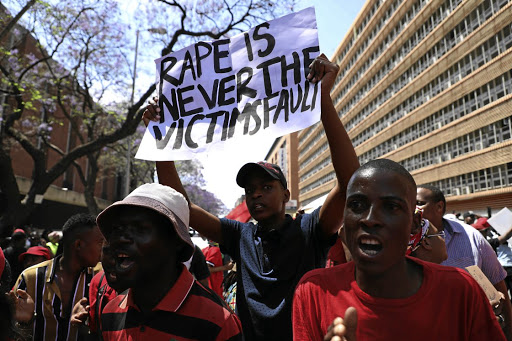 Protesters sing outside the Pretoria magistrate's court where the man accused of raping a child in the bathroom of a Dros restaurant appeared yesterday.
Image: Thulani Mbele

Law experts have, however, criticised the state for not confiscating the cellphone during his arrest, saying evidence they were looking for could by now have been deleted from the device currently with his grandmother.

State advocate Sanet Jacobson said it was important Ninow hands over his cellphone for a forensic data scrutiny.

Grant said the state was entitled to seize the cellphone and did not require permission.

"The cellphone might contain pictures of the girl or the accused might have communicated with someone about what he was going to do."

Criminal law expert Dr Lewellyn Curlewis said by demanding access to the cellphone, the state has reasonable suspicion there was information on it. "Maybe he took photos prior or during the incident. The state wants to probe all avenues and has capacity to force any person to hand over any information that can help its case."

The child was in the play area when she was allegedly followed into the bathroom.

Ninow hid his face with a hooded sweater in the dock as his legal aid lawyer detailed injuries he allegedly suffered at the hands of onlookers and police following the incident.

The packed public gallery roared in approval after Ninow was remanded in custody. The case, which has sparked public outcry, brought the Pretoria CBD to a standstill with protests outside court. Also in court were Tshwane mayor Solly Msimanga and ANC Women's League secretary-general Meokgo Matuba.

The case was postponed to November 1.