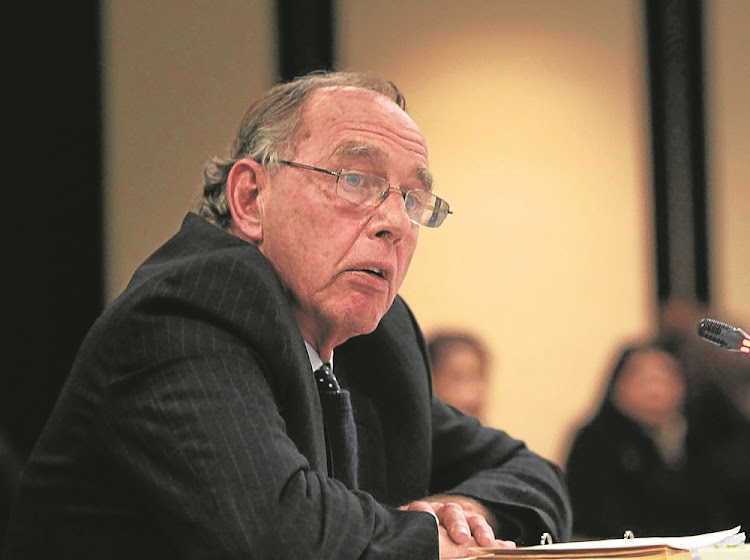 Retired judge Robert Nugent has submitted his interim report to President Cyril Ramaphosa on the commission into governance and administrative problems at the SA Revenue Service (Sars).

According to the commission’s terms and reference‚ the interim report was to be submitted to the president on September 30.

Evidence given at the commission has suggested that changes made at Sars under now-suspended commissioner Tom Moyane weakened a once world-class tax agency‚ resulting in revenue shortfalls that eventually contributed to SA raising VAT for the first time in 25 years‚ hitting the nation’s poorest the hardest.

The presidency confirmed that it had received Nugent’s interim report.

“[The president] will consider it and wait for the final report in December‚” spokesperson Khusela Diko said.

Tom Moyane says he was the most successful Sars commissioner in democratic history.
News
3 years ago

It is likely that Nugent‚ who heads the inquiry‚ will recommend that Moyane be fired.

Moyane launched an application in the Constitutional Court on Monday‚ challenging the legality of separate inquiries into governance at the agency and his fitness to hold office.

In his application he said Nugent had written to his attorneys on September 7 2018‚ indicating that in his interim report to Ramaphosa‚ the retired judge would “recommend … that in the interest of Sars and the country‚ [commissioner Moyane] should immediately be removed from office”.

Moyane said his lawyers had responded to Nugent‚ and demanded that he refrain from making such recommendations and sought an undertaking in this regard. He alleged that Nugent was threatening to recommend his axing “without having been given the pretence of a hearing”.

In May 2015 Lackay was served with a combined summons in which the tax agency and its suspended commissioner‚ Tom Moyane‚ claimed R12-million in ...
News
3 years ago

A unit responsible for Sars internal investigations into large-scale corruption was reduced to probing fraudulent sick notes.
News
3 years ago
Next Article