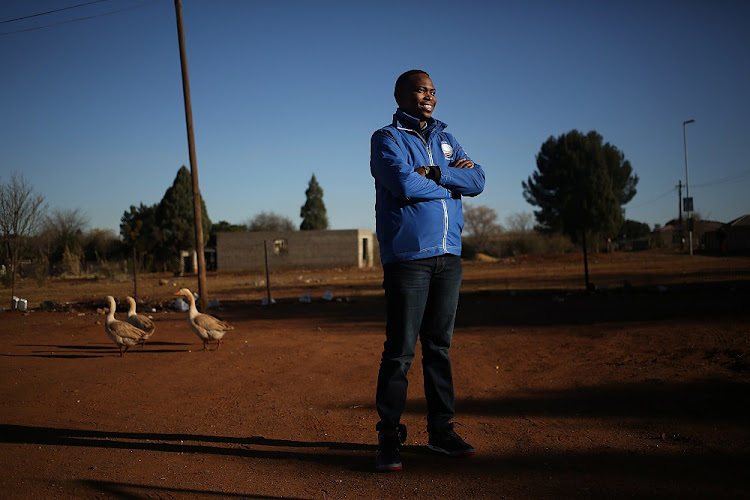 The cases against Midvaal mayor Bongani Baloyi and that of ANC member Rembuluwani Malange have been provisionally withdrawn.

Baloyi and Malange had opened assault cases against each other at the weekend and were both out on R500 bail each.

The two sat in a packed Vereeniging Magistrate's Court on Monday waiting for their names to be called. But, as the court adjourned at about 10.45am, they learnt from the prosecutors that the matter had been provisionally withdrawn.

Baloyi was taken out through the back entrance while Malange used the front exit, walking into the crowd of ANC supporters who lifted him up in jubilation.

Members of the DA and of the ANC are demonstrating outside the Vereeniging Magistrate's Court.
News
3 years ago

"We believe that the case before us is a matter of power versus justice," said ANC regional spokesperson Boniface Mazilazila.

"The executive mayor must have gone beyond his responsibility and powers. That was a government event which they took as an opportunity to politicise it as an electioneering machinery. Members of the community rejected that approach."

On Saturday, the Midvaal municipality was having a tree-planting event at Savanna City when a group of people in ANC colours stormed in.

A squabble ensued and Baloyi was hit with a rock in the mouth. He went to open a case at De Deur police station.

Malange followed suit and opened a case of assault against Baloyi. They were both arrested and later released on R500 bail each.

Midvaal mayor Bongani Baloyi was arrested for alleged assault at the weekend.
News
3 years ago
Next Article