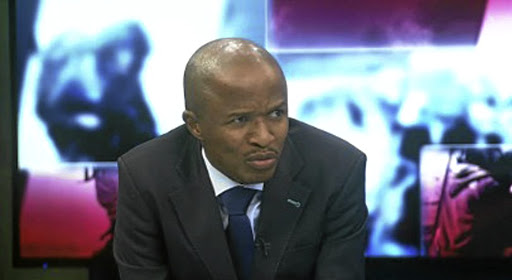 Former SA Revenue Service (Sars) chief officer for human capital Luther Lebelo contradicted himself and battled to answer questions around the "rogue unit" and the tax agency's handling of the matter.

Lebelo testified yesterday at the commission of inquiry headed by retired judge Robert Nugent about his role at the revenue service since 2014, when the allegations of the "rogue unit" emerged and implicated senior officials such as then acting commissioner Ivan Pillay, Johann van Loggerenberg as well as Peter Richer.

In July, Lebelo, who was seen as one of suspended Sars commissioner Tom Moyane's "hitmen", was moved back to his original post - the executive for employment relations - from the top position Moyane had elevated him to.

A unit responsible for Sars internal investigations into large-scale corruption was reduced to probing fraudulent sick notes.
News
2 years ago

Nugent asked Lebelo on what basis Sars believed the "rogue unit" was unlawful and whether, following the Sikhakhane report, the tax agency got a legal opinion on whether those findings were correct.

In 2014, a report by a panel headed by advocate Muzi Sikhakhane found there was prima facie evidence that the unit was unlawful. Following this, an advisory committee, headed by retired judge Frank Kroon, was appointed to review the unit.

The committee also found that the unit was illegally established. However, at the time it emerged the advisory panel had simply rubber-stamped the findings of the Sikhakhane panel, despite the findings being contested by those implicated.

Evidence leader Carol Steinberg asked Lebelo whether he was aware there were two legal opinions - those of an internal Sars lawyer and advocate Wim Trengove - which showed legislation allowed Pillay to establish the unit.

The Trengove opinion was sought by Moyane and the internal Sars one by Pillay. Lebelo said he was not aware of this.

Parts of Tom Moyane’s new operating model were devised in a series of meetings before he was appointed commissioner.
News
2 years ago

Earlier in the day, Lebelo said the Sikhakhane report was not used to take action against Pillay, but later in the day he changed his tune and said officials were suspended based on the report.

He said the decisions taken at the time of the suspension of Pillay and others linked to the so-called rogue unit were based on the facts in front of him. "Any head of labour relations worth their salt would have made the same decision."