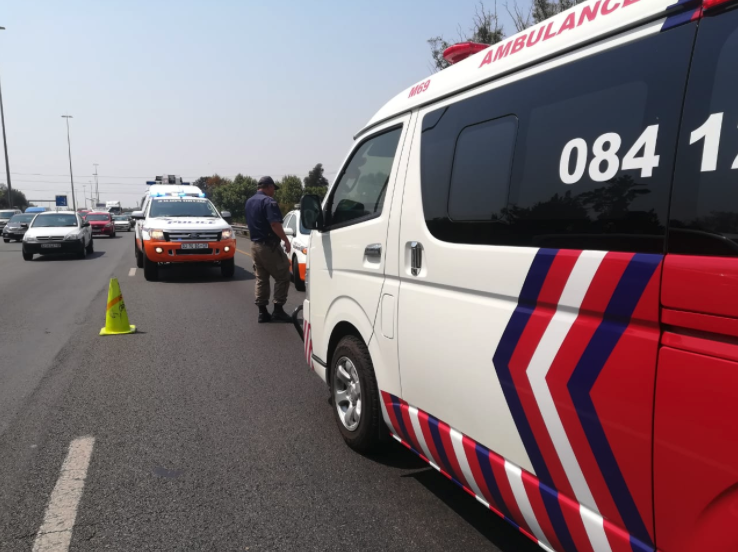 A freak accident left one dead in Johannesburg
Image: SUPPLIED/ER24

A man lost his life on Friday when he was hit by a lost truck tyre on the N1 South highway between the Malibongwe and Beyers Naude offramps in Randburg.

ER24 paramedics were flagged down by the metro services shortly after 12h30pm‚ said spokesperson Russel Meiring.

The body of the man‚ believed to have been in his 30s‚ lay in the emergency lane of the highway. A truck tire was found approximately 150 metres away.

It is understood that the wheel had come off a truck‚ travelled a short distance and struck the man who had been walking in the emergency lane.

The paramedics found that he had already succumbed to his numerous injuries. Nothing more could be done for him and he was declared dead.