Mansions on farm illegal - Land not zoned as residential area 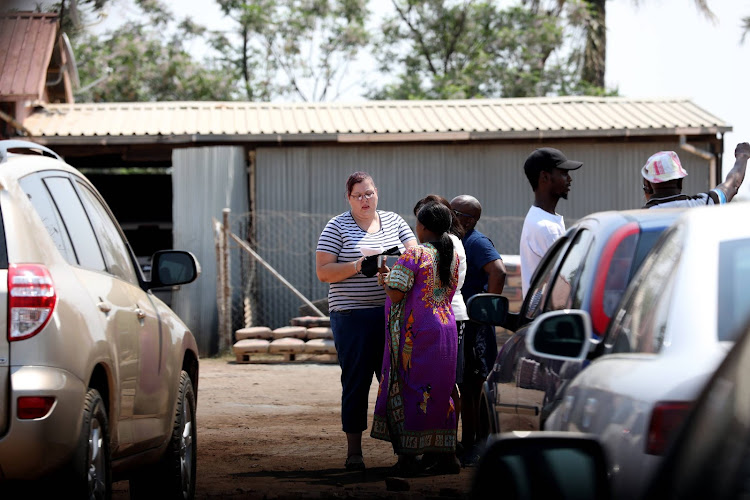 Chantal la Cante addressing the residents about the issue of stands which she is said to have sold to numerous buyers at Leeuwfontein Heights.
Image: SANDILE NDLOVU

Families who spent thousands buying land and building houses on a farm east of Pretoria may lose their hard-earned monies as the area was yet to be declared a township by City of Tshwane.

Sowetan has learnt that Johannes Lombard, who is the owner of Leeuwfontein Heights, had not submitted an application for the property to be rezoned into a township despite the fact that he allowed people to continue building homes there.

Sowetan had reported that some people were accusing Chantal La Cante, who handles sales on behalf of Lombard, of selling the same stands to multiple buyers for R70000. The farm was divided into 285 stands while prices have skyrocketed to R179000 per stand.

Yesterday, the municipality’s spokesperson Lindela Mashigo said structures erected were illegal because Lombard had failed to submit the application.

“The owner of the subject property has not submitted a township establishment application to be considered by the City of Tshwane. We’ve had numerous consultations with the town planner appointed by the owner of the property.

“The town planner has been informed that a township establishment application is required in order to remedy the already illegal activities happening on the property,” Mashigo said.

Instructions were given to the city’s development compliance office to investigate the matter and serve Lombard with a notice as all structures on the farm were illegal including a warehouse store situated there.

Families duped into buying stands which were later resold

Dozens of black families have allegedly been tricked into buying land on a Tshwane farm only for the stands to be later resold to other people – ...
News
3 years ago

Lombard said officials informed him that the municipality does not have the money to register the pipeline which was standing in the way.

“We offered to do it for them and we are still waiting for feedback. The municipality is blocking us,” he said.

When asked why he allowed people to continue building houses on the property knowing that it had not been approved as a township, he refused to answer further questions and hung up the phone.

La Cante responded to the allegations, saying people who were accusing her of tricking them into dodgy deals were lying.

She said those whose contracts were cancelled after failing to pay the full amounts for the stands were paid back their deposits.

When approached for comment on Tuesday, La Cante stood at her gate and told the Sowetan team to “F***ck off” while refusing to respond to questions.

However, yesterday she apologised for the insults.

“I’m extremely sorry for my rudeness and the swearing. It was wrong from my side,” she said.

Both La Cante and Lombard had met with members of the community yesterday morning to discuss the issues.

Some residents who spoke to Sowetan had complained that they were promised that the area would be proclaimed a township when they bought stands.

Others have even resorted to illegally connecting electricity. They also struggle with water and sanitation because there is no sewage drainage system on the property.