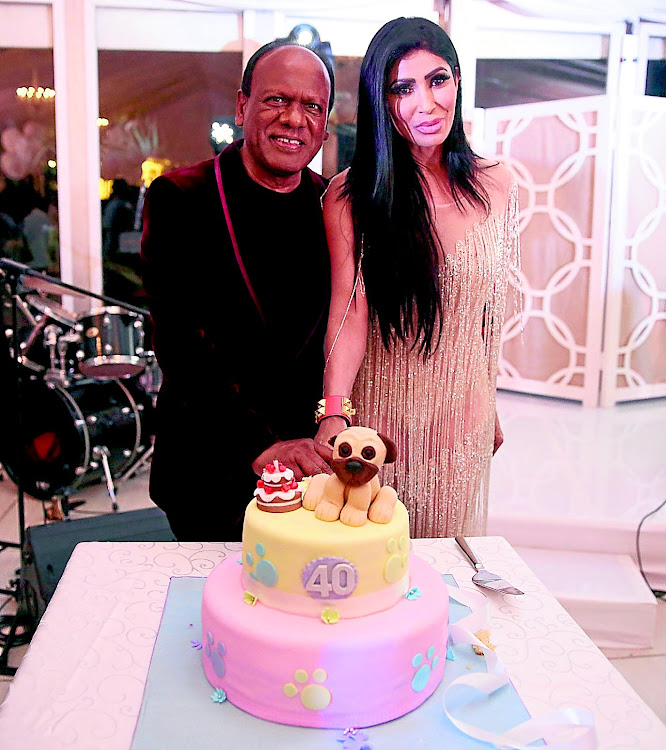 The KwaDukuza Mall in which Reddy has invested R500-million was scheduled to open on Thursday but the civic group rushed to the Durban High Court on Monday to stop the development‚ claiming Reddy’s firm‚ Double Ring Trading‚ the developer‚ had yet to secure a certificate of occupation from the KwaDukuza municipality.

The Durban High Court on Monday adjourned the application indefinitely and reserved the costs.

The court recorded that the KwaDukuza municipality and KwaDukuza Mall (PTY) Ltd‚ who were cited as second and ninth respondents‚ had undertaken that they would not permit trading in the KwaDukuza Mall‚ including the opening of the mall to the public on Thursday until such time as the municipality had issued the developer with a valid certificate of occupancy.

After the postponement of their application‚ CCG chairman Haroon Mahomedy said they expected the KwaDukuza municipality to follow the rules.

“As the municipality have claimed in court they want all the rules to be observed. Then surely that means the developer should build the roads and have it ready before the opening. If they open without this precondition then we will be back in court.

“It’s that simple. One only has to look at the current traffic and danger to pedestrians to realise our concern. The pre-conditions of this approval must be observed to the letter of the law. Nothing less will be acceptable to us‚” he said.

He added that they trusted that the officials would act within the law and that no favouritism would be entertained.The 29‚000m² mall‚ with 900 parking bays and 80 stores and restaurants‚ is the first phase of a planned R1.5-billion precinct which will include a value centre‚ hotel‚ private hospital and an office park.

According to a statement issued by Reddy’s office on Monday‚ the mall created 1‚100 jobs during construction with 260 permanent jobs.

Reddy‚ whose Edison Property Group is the developer of the R4.3-billion mixed-use Oceans Umhlanga Development in Umhlanga Rocks‚ said the mall development was a role model in BEE with a 90% BEE participation.He said local suppliers and sub-contraction business had benefited by over R80-million.

“This is the first major investment in over 30 years in KwaDukuza‚” said Reddy.

In a statement issued by the KwaDukuza municipality on Tuesday before the Durban High Court matter‚ it said the mall development was supported by all political parties within its council as it had been positioned as a “catalyst for investment in the KwaDukuza CBD and upgrading of buildings by the property owners”.

“The council‚ based on the legal advice and technical advice by [the] economic development and planning business unit‚ referred the request to the municipal planning tribunal. The council took this decision in the middle of August 2018‚” said KwaDukuza municipality spokesman Sipho Mkhize.He said the developer had complied with the council directive and submitted an application to amend or deviate from the ROD to the relevant authorised body‚ the independent municipal planning tribunal.

Businesswoman Sorisha Naidoo says she received criticism from the Indian community because of her dark skin after winning Miss India South Africa in ...
Entertainment
4 years ago

“Therefore‚ any insinuation that the KwaDukuza council has approved deviation is lies and tantamount on attacking the integrity of council and its leaders‚” said Mkhize.

He said the developer had followed the process of submitting the revised traffic assessment study to both the municipality’s civil engineering business unit and the KZN department of transport.

“The municipality can confirm that on August 30 2018 it issued a stop work notice to the developer which the developer complied with and stopped their road upgrade works pending the approval of both the traffic impact assessment and wayleaves applied from various entities.”

Mkhize also confirmed that the municipality had received an application for a temporary occupation certificate from the developer.

“The municipality will follow the National Building Regulations to consider this application‚ which should be done within 14 days. The municipality expect the developer and their tenants to comply with all laws and regulations before they operate their business and this includes the Business Act and Liquor Act‚” said Mkhize.