Knife stuck in man's face for 4 days after fight 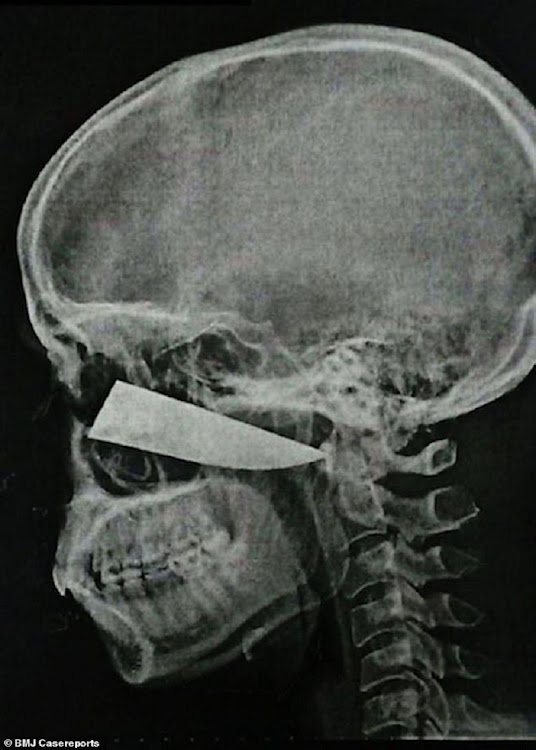 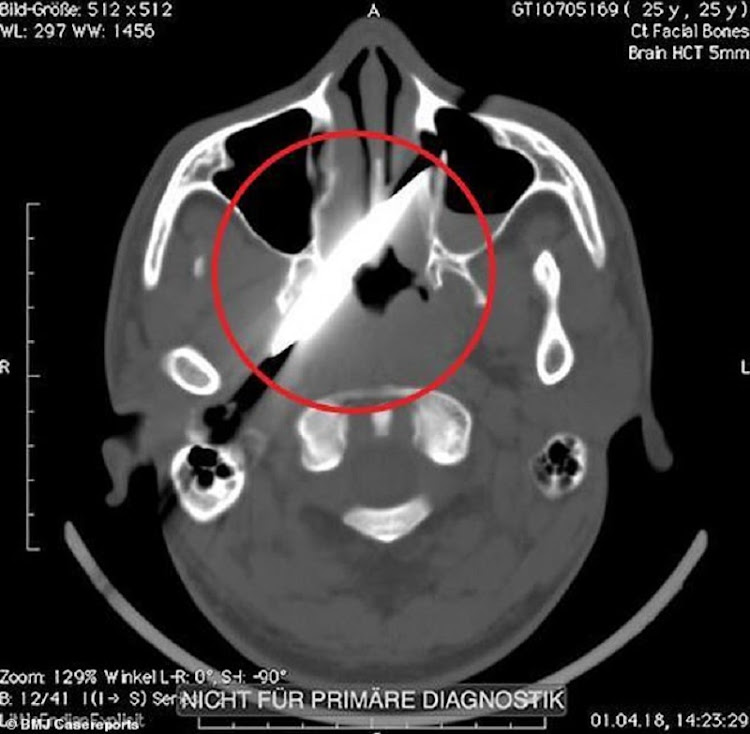 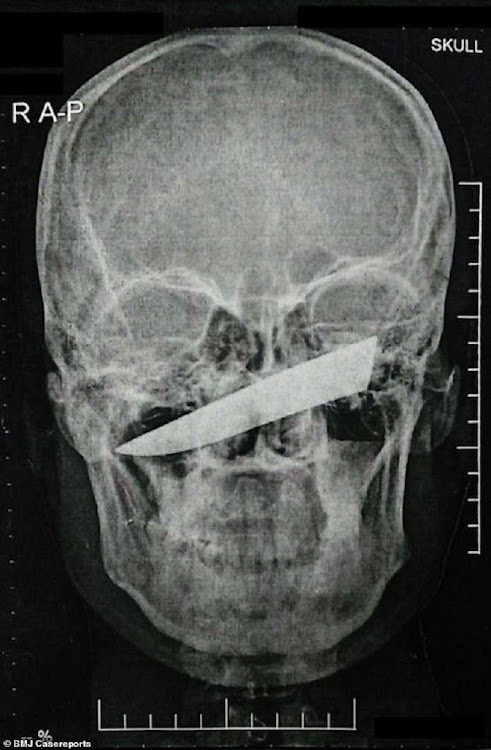 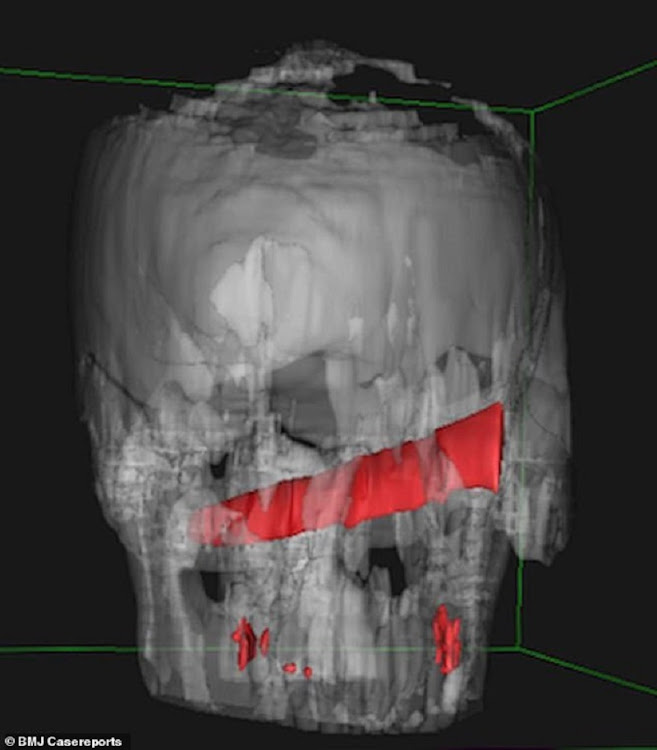 Amazing scans show a 10cm knife stuck in a Johannesburg man’s face after he was stabbed in a drunken fight.

Incredibly‚ the man went home to sleep after the fight‚ and told doctors at Chris Hani Baragwanath Academic Hospital in Soweto that his only symptoms were a headache and pain when he moved his left eye.

“After the fight I went home to try and clean up so I can take a nap. My friends showed up‚” the man says in British Medical Journal Case Reports‚ where doctors who treated him report the case.

“They are the ones who took me to the hospital and we had a little argument because I didn’t feel that I was stabbed.”

“The only time I realised was when they did an X-ray at hospital in Germiston. Then the doctor told me he was going to send me to another hospital in Soweto‚ where I stayed three full days before the operation.”

Scans show the blade stuck under the unnamed man’s left eye‚ and doctors said it lodged in a bone‚ preventing it from moving around.

Ophthalmologists at Chris Hani Baragwanath‚ who were called in by the trauma department because of the man’s eye injuries‚ requested the help of ear‚ nose and throat specialists‚ maxillofacial surgeons and neurosurgeons.

“By sharing my story with you I want to make sure you don’t play hero when someone is carrying a knife or a gun.

Dr Dairui Dai‚ who wrote the case report‚ said an angiography – a scan used to visualise the inside of blood vessels and organs — showed their was no damage to the man’s brain.

When the blade was removed the next day under anaesthetic it had been stuck in the patient’s face for four days. He was discharged two days later.

Dai‚ whose co-authors are doctors Silke Meyer‚ Lars Christian Kaltheuner and Frank Plani‚ said: “Incredibly‚ the patient had no initial sequelae from such an extensive injury and had an unremarkable recovery with no further complications aside from a laceration to the left inferior rectus muscle [the muscle that moves the eyeball downward and inward] that was conservatively managed.”

Writing in Dai’s article‚ the patient said: “Greetings to you‚ I’d like to share my story with you. I was stabbed in the bottom of my eye when I was trying to help a friend ... I can’t put blame on him.

“By sharing my story with you I want to make sure you don’t play hero when someone is carrying a knife or a gun. Imagine if that was a bullet that went through my skull‚ I would have been dead on that same day.

“I’d like to thank the team which participated in my operation. They have done the most beautiful job.”

Dai said in his journal article that knife injuries are common among young black South African men. “Removal of foreign bodies should be done as soon as possible to avoid secondary complications such as translocation‚ bleeding and infection‚” he said.

Doctors in North West have successfully removed a knife from the brain of a 23-year-old man who was stabbed during a tavern brawl.
News
3 years ago
Next Article