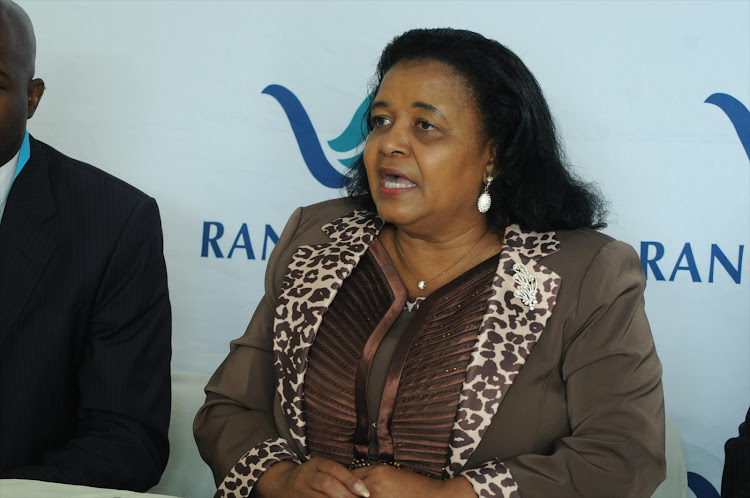 Tributes have been pouring in for environmental affairs minister Edna Molewa who died at the age of 61 on Saturday.

Molewa died at a Pretoria hospital which she had been admitted to on September 8. Tourism minister Derek Hanekom had been acting in her role since then.

President Cyril Ramaphosa has described Molewa’s death as a “devastating loss” for the country and the world.

In a statement‚ Ramaphosa said: “This is a devastating loss to our nation and to the global community who owe a great debt of gratitude to the late Minister Molewa for her championship nationally and globally for the environmental integrity of a sustainable planet earth that can be shared and enjoyed by all nations and all people‚ rich and poor.

“Minister Molewa has distinguished herself in many capacities and causes from her contribution to our liberation to fighting for equality of women in our society. We shall miss her greatly.”

The ANC said her death had left the party and the country poorer given her role in advancing the country’s transformation agenda.

“She has been and will always remain a symbol of rare social and political activist who rose in the ranks of the democratic since her involvement in the trade unions before joining the North West Provincial government as MEC in various departments before being a Premier of the province.

“Her role was noticeable and she was affirmed as a leader of the ANC NEC‚ NWC and a Cabinet Minister in various departments. Our history as a country will not be complete without acknowledging the pivotal role that individuals like her played in enhancing the impact of the collective effort to make South Africa a better place‚” the ANC said.

The DA said that during her tenure Molewa had done great work in raising awareness around the scourge of rhino poaching.

“On this day‚ World Rhino Day‚ we honour her commitment to this noble cause.May her soul rest in peace‚” said DA chief whip John Steenhuisen.

IFP chief whip in Parliament Narend Singh said: “Minister Molewa will always be remembered as a seminal political figure not only in our current democratic dispensation‚ but also for the critical role she played in liberation politics. South Africa owes her a great debt of gratitude. In her current portfolio as Minister of Environment she will be remembered for working tirelessly on bringing an end to rhino horn poaching in South Africa.”

The DA paid tribute to the late environmental affairs minister Edna Molewa on Saturday‚ saying that during her tenure she had done great work in ...
News
3 years ago

In a statement‚ the SACP said: Minister Molewa was one of the hard working ministers in South Africa’s democratic dispensation. Her efforts contributed in great measure to the success of the 17th Conference of the Parties (COP17) of the United Nations Framework Convention on Climate Change (UNFCCC). COP17 was held in South Africa between 28 November and 9 December 2011. She was highly dedicated and outstandingly represented South Africa and the whole of humanity in the UNFCCC.

“In memory of the stalwart of our liberation struggle‚ the SACP urges South Africans across all walks of life to unite‚ take forward and intensify the effort to save both humanity and nature from the impending extinction by environmental degradation and ecological destruction. The profit-driven private wealth accumulation system of capitalist production is the single biggest social driver of the problem.”