Goat found with knife in its back in Camps Bay 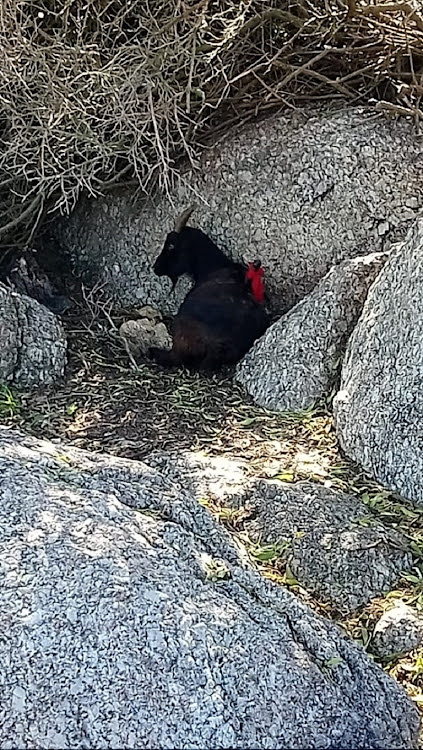 The City of Cape Town found a goat with a knife in its back on Sunday in Camps Bay.
Image: Supplied

A goat has been found on a Cape Town beach with a knife embedded in its back after it apparently managed to escape from its captors‚ whom it is suspected might have been engaged in some kind of ritual.

The City of Cape Town said in a statement on Sunday it came across the “distressing sight” of a goat standing among the rocks in Camps Bay with a knife “firmly implanted in its back”.

Law enforcement officers from the city called the SPCA who came out and rescued the goat which had lost of a lot of blood.

“It is suspected the animal was involved in some type of ritual that occurred during the night on the beach but managed to evade its captors. The handle of the knife was wrapped in red cloth material.”

The four-minute video was released in May‚ leading to a ban on the product by top clothing brands such as H&M‚ Zara‚ Gap and Topshop.
News
2 years ago
Next Article