Mduduzi Manana not off the hook 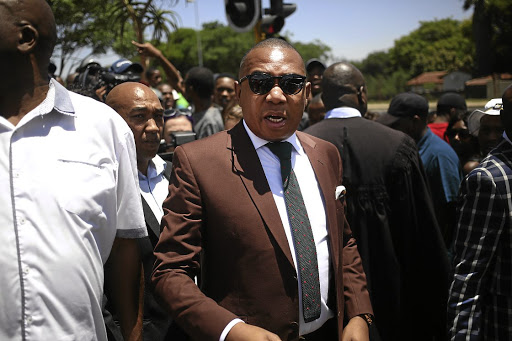 Former deputy minister of higher education Mduduzi Manana is not yet out of the woods as police have now confirmed that they are still investigating the case of assault opened by his domestic worker.

On Wednesday, police provincial spokesperson colonel Lungelo Dlamini confirmed to Sowetan that the case was still active and being investigated.

"Yes, I can confirm that the case is still under investigation. Once the investigation has been finalised it will be handed to the authorities that make decisions whether to prosecute or not," Dlamini said.

This comes after the National Prosecuting Authority (NPA) withdrew charges against Manana on July 23.

At the time the NPA said that the case would not go ahead as there was "no reasonable prospects for successful prosecution".

The Sowetan asked the NPA about the case and it referred questions to the police.

The move not to pursue the case by the NPA came despite an audio clip which had emerged soon after the case was opened in which Manana allegedly tried to bribe his accuser with R100 000 to drop the charges.

Manana denied the allegations and accused Christine Wiro of trying to solicit the R100 000 bribe from him.

Yesterday, Sowetan tried to source a reaction from Manana and his lawyer but did not succeed.

On May 6, Manana's domestic worker Wiro opened a common assault and crimen injuria case at the Douglasdale police station in Johannesburg. Wiro accused Manana of pushing her during a heated argument at his home in Fourways, Joburg. She also accused him of threatening her with deportation.

After Sowetan broke the story, Wiro, 43, tried to withdraw the case because she was afraid but the NPA refused instructing the police to continue investigating the matter.

This was not the first time Manana was in the news for beating-up a woman.

In 2017, Manana and two of his friends assaulted three women - Mandisa Duma, Noluthando Mahlaba and Thina Mopipa - after an altercation at the Cubana restaurant in Johannesburg.

Manana pleaded guilty and was sentenced to 12 months' imprisonment or a fine of R100000, which he opted to pay. A video emerged online showing the altercation.

Manana resigned from his position as second-in-command in the higher education ministry and later as an MP.