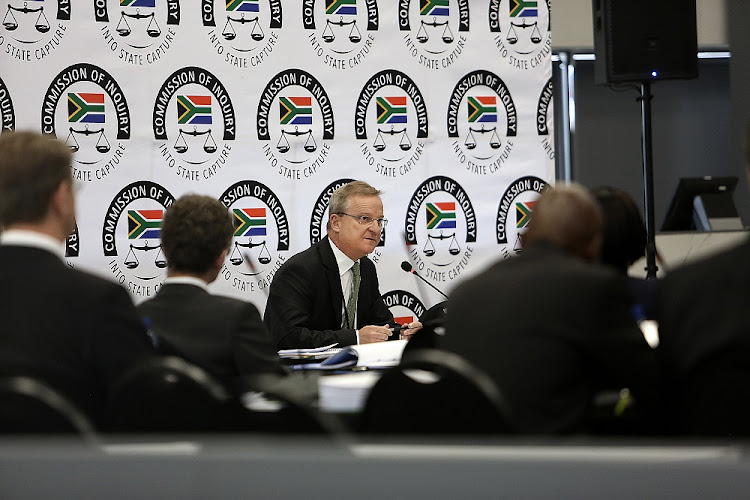 Nedbank senior officials had two meetings with the ANC - one to discuss the closure of Gupta-linked bank accounts, another to deal with the “national discourse on nationalisation of mines”.

The banks CE Mike Brown is the last banking executive from the country’s four major banks, Standard Bank, Absa and FNB, who yesterday detailed how he was called to the ANC’s Luthuli House national headquarters to explain its decision to close the Gupta accounts in 2016.

Testifying at the Zondo Commission of Inquiry into allegations of state capture sitting in Parktown, Johannesburg on Wednesday, Brown said in 2016, the bank noticed the escalating negative media reports on the Guptas.

The banks colluded with the Gupta family in the looting of state funds.
News
3 years ago

Brown, who has been at the helm of Nedbank since 2010, said the allegations against the Guptas continued to raise business and reputation risks for the bank.

The risks surged when the bank learned that audit and advisory firm KPMG and sponsoring broker Sasfin terminated their relationships with Gupta companies.

“We thought there must have been a reason for this to happen…They would have had access to more information than we had at that stage,” said Brown.

The commission, chaired by Deputy Chief Justice Raymond Zondo, is looking into  whether officials in cabinet and government illegally or corruptly intervened in the closure of bank accounts belonging to Gupta companies.

Brown said after the bank realized the risks posed by keeping Gupta accounts, it formed a sub-committee made up of various divisional heads.

The committee met and decided to terminate its relationship with Gupta businesses on 7 April 2016. These bank accounts included, among others, Oakbay Investments and Sahara Computers.

Brown testified that the meeting at Luthuli House was attended by  then secretary general Gwede Mantashe and his deputy Jessie Duarte. He said there was no agenda sent ahead of the meeting.

STATE CAPTURE INQUIRY| Absa: We would have been in big trouble if we discussed clients' accounts with the ANC and ministers

Absa Bank’s decision to close Gupta accounts in 2015 was based on concerns of financial crimes.
News
3 years ago

The meeting was facilitated by Enoch Godongwana and took place on April 20 2016.

Brown however said that it was not the first time for him to attend a meeting at the ruling party’s head office.

Brown testified that he told the ANC that the bank wanted to open as many accounts as possible not to close bank accounts as it has competition. He further explained to the ANC officials  the regulatory environment and the risks banks faced should they discuss client information with a third party.

At the end of the meeting, Brown said he did not feel that he was being persuaded to change the bank’s decision to close bank accounts but felt that he had been given an opportunity to provide information to the ruling meeting.

In 2016, all the four major banks in the country closed bank accounts with Gupta related companies citing risks.

Senior Standard Bank officials queried why Mzwanele Manyi was attending a meeting about the bank shutting down their accounts.
News
3 years ago

The meetings were called to try to persuade the bank to reverse its decision to close Gupta-linked bank accounts in 2016.
News
3 years ago
Next Article