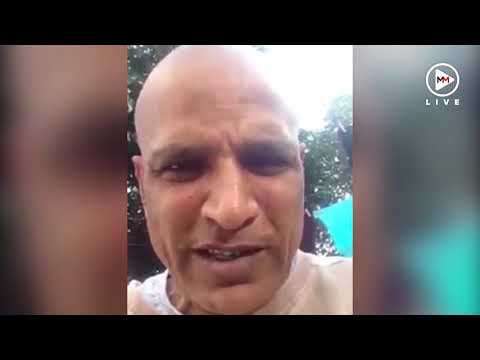 The family of a Durban man who gained social media fame for calling President Cyril Ramaphosa the K word has distanced itself from the his remarks.

Former local councillor, Kessie Nair, who is a relative of the late struggle stalwart Billy Nair, made the video that trended on social media pages.

The family in a statement said: “Kessie's statements are irrational and deserve to be condemned… We urge the South African community to forgive him and we will do our best to make amends.”

In a recorded video that Kessie posted on social media he said “(I) hereby call for that K… state president Mr Cyril Ramaphosa, yes I mean k… state president Cyril Ramphosa to be charged, for [de] frauding this nation, for oppressing this nation, for high treason, for being the source [of] all crime and violence and poor healthcare and poverty in this so-called true democracy.”

Kessie’s brother Khrishnan Nair “As a family we distance ourselves from such utterances and statements. We have a history of being in the trenches fighting apartheid and being involved in the struggle for the liberation of this country from the shackles of the Nationalist Government.”

Convicted Durban fraudster and former local councillor Kessie Nair says he is prepared to go jail for his racist rant against President Cyril ...
News
3 years ago

The family said the man who has in the past served time at Westville prison suffers from a chronic illness.

“He suffers a serious chronic illness. The visuals he posted of himself shows he lacks the intelligence and understanding of what he is saying. His incarceration for a long time has also played a role in his personality,” said Khrishnan of his sibling.

On Wednesday SowetanLIVE reported that in a written post accompanying the video‚ Nair had written: “Let me go down in history‚ becoming the first and last man to [call] the number one citizen‚ the state president” the k-word.

According to Krishnan his brother’s health deteriorated years back. “His health took a turn for the worst a few years ago… Kessie needs immediate medical care and attention,” he said.​