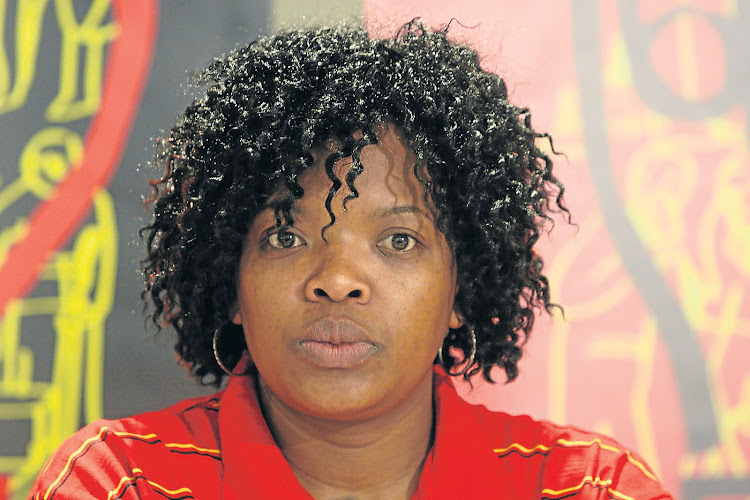 The ANC Women’s League has applauded the election of Cosatu president Zingiswa Losi and urged other organisations to follow suit.

“Cosatu is the first alliance partner to elect a woman into the helm of the organization as the president and hopefully other alliance partners will emulate Cosatu in our lifetime‚” said the league’s secretary general‚ Meokgo Matuba.

Losi is the former Cosatu deputy president. She was elected unopposed as the first female president of the union federation on Tuesday. Matuba said: “Losi is not just a woman but a leader in her own right who has earned her stripes in the struggle.”

She added that her election was an affirmation of women leadership and the role they played in labour unions.

The league said it hoped that patriarchal tendencies in labour unions would be done away with.

“Cosatu must ensure that the entrenched patriarchal tendencies in labour unions and in alliance partners are dismantled for good and women freely contest to lead organizations without being labelled‚” Matuba said.

Losi replaced Sdumo Dlamini‚ who did not stand for re-election‚ and the league said it hoped that women’s issues in the workplace would be prioritised.

“The ANCWL extends best wishes to Cde Losi and her collective on their election. We trust that they will utilise their roles to effectively address labour issues with particular interests to women at workplaces who are still subjected to sexual abuses and gender parity wages‚” she added.

The league also applauded Cosatu members for treating all the contestants in the build-up to the congress with dignity and respect.

“Character assassination of contestants in the build-up to elective conferences must be frowned upon‚ by all alliance partners. Contestants must be treated with respect and contestation must be embraced as a democratic process of organization‚” Matuba said.

President Cyril Ramaphosa on Tuesday hailed the appointment of Zingiswa Losi as Cosatu’s first woman president‚ saying it was a victory for women.
News
3 years ago

Losi replaced Sdumo Dlamini who decided not to stand for re-election.
News
3 years ago
Next Article