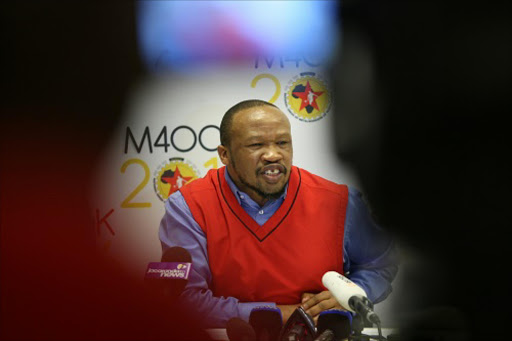 The National Union of Metalworkers of SA (Numsa) heads to the South Gauteng High Court in Johannesburg on Tuesday to prevent the sale of assets of VR Laser Services, a Gupta-linked company.

Numsa general secretary Irvin Jim made the urgent application for an interdict to, among other things, stop an auction of the company's plant and machinery worth millions of rand on Thursday.

Gupta lieutenant Ashu Chawla has left the country despite being out on bail on charges of corruption.
News
3 years ago

“The imminent sale of the plant and machinery [and of consequent destruction of the business of the first respondent] is an unacceptable outcome because... a consortium has submitted an offer to business rescue practitioners for the purpose of the shares in the first respondent [VR Laser Services],” Jim argued in court papers, noting that the offer had the potential to help revive the VR Laser’s business and that threatened jobs could be saved as a result.

The union, which has 140 members employed by the company, launched the application against VR Laser Services, two business rescue practitioners and other respondents including the Bank of Baroda and the South African Revenue Service.

Numsa wants a creditors’ meeting to be convened to vote on the adoption of an amended business rescue plan. It also called for the auction or any disposal of the company’s assets to be halted pending the outcome of the proposed creditors meeting.