Moms to appear in court after 4 kids die in fire 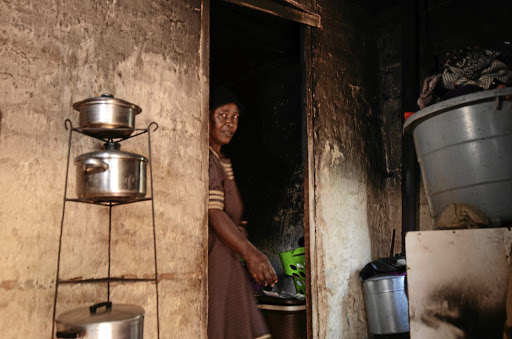 Grandmother Nosi Sokupha says she raised Mbalenhle since she was a baby.
Image: Mduduzi Ndzingi

Two sisters have been arrested for child neglect after their four children died in a fire while they were out partying at a local tavern.

Mbalenhle Fihlani, 5, Nhlanhla Ngubeni, 7, Sandile Ngubeni, 4, and Amukelani Ngubeni, 2, died in the early hours of Sunday after a fire thought to be caused by a heater broke out in their two-roomed home in Alexandra, northern Johannesburg.

A teenager who was left with the children told the police that he woke up to a fire engulfing the house when he escaped to alert the neighbours.

One child died at the scene, while the three others died in hospital after succumbing to their injuries.

Mbalenhle's grandmother Nosi Sokupha said she raised the little girl since she was a baby but was recently separated from the five-year-old by her 29-year-old mother.

"I feel terrible that my grandchild died because her mother was drinking alcohol.

"She (Mbalenhle) should have been with me. I'm the one who raised her," Sokupha, said.

Two women‚ believed to be the mothers of four children who died in a fire in Alexandra township in Johannesburg over the weekend‚ have been arrested.
News
3 years ago

"I feel so guilty. Mbali was supposed to come over to my house to visit [for the] weekend; she would have still been alive," the paternal grandmother continued.

"I used to have such a good relationship with Mbali's mother. I don't know why she didn't just let me continue to raise her because she does not know how to look after children.

Mbalenhle's father Luthando Sokupha said he was alerted early on Sunday morning about his daughter's death.

He said his daughter began living with her mother because of disagreements between the two families.

"Everything came as a shock. She [Mbalenhle's mother] has killed me."

He said he was now focused on ensuring that his daughter has a decent funeral.

Zanele Ngubeni, who is the third sister, said she was devastated when she heard her nieces and nephew had died.

"To hear that such young children died by fire is painful. I keep imagining their pain."

Ngubeni said her father was not coping with the news that four of his grandchildren had died and was travelling from KwaZulu-Natal to Johannesburg to be with his family.

Substance abuse one of main causes of fires in Mother City

Substance abuse and negligence feature prominently as causes of fires in Cape Town‚ statistics for the last three-and-a-half years show.
News
3 years ago

Department spokesman Mbangwa Xaba said MEC Nandi Mayathula-Khoza was expected to visit the teen and his family on Tuesday.
News
3 years ago
Next Article