Standard Bank was summoned to Parliament’s inter-ministerial committee‚ chaired by former minister and state capture-implicated Mosebenzi Zwane‚ where the bank was “persuaded” to retract its decision to close bank accounts belonging to Gupta-linked businesses.

The meeting came after Standard Bank was invited to a meeting at the ANC’s headquarters‚ Luthuli House‚ to discuss the same matter.

According to the bank’s head of compliance‚ Ian Sinton‚ the meeting at Luthuli House was attended by then ANC secretary-general Gwede Mantashe‚ deputy secretary-general Jessie Duarte and economic subcommittee chairman Enoch Godongwana.

“When the meeting commenced‚ after we exchanged the normal pleasantries‚ we made it clear we were not in a position legally to discuss the affairs of any of our customers…We were willing to explain our policies and procedures around account closing generally‚” Sinton said.

He said the bank was asked to comment on the perception that it was part of “white monopoly capital oppressing black business” and that it was “taking instruction from Stellenbosch” in closing the accounts. Sinton said Standard Bank rejected the allegations.

Following the meeting with the ANC‚ Sinton said the bank was invited to meet with Zwane’s inter-ministerial committee where they were asked similar questions.

He said Zwane‚ labour minister Mildred Oliphant and media owner Mzwanele Manyi – in the capacity of a ministerial advisor – were present.

Sinton said the ministers had suggested that banks should not be allowed to close accounts at their own discretion and that they‚ as ANC members‚ had the ability to change the law making it illegal for the banks to do so.

He said the meeting had ended with Zwane asking what changes the bank would need to see with Oakbay’s ownership and management that would be “sufficient to reverse our decision to close the accounts”.

“The meeting was an attempt by two cabinet ministers on behalf of cabinet to persuade us to retract our decision to close the accounts of Gupta-related entities‚” Sinton said. 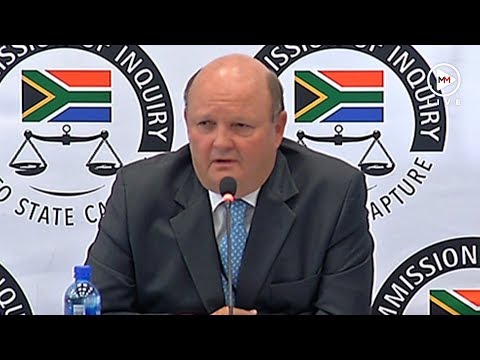