No place for old MPs in parliament - ANCYL 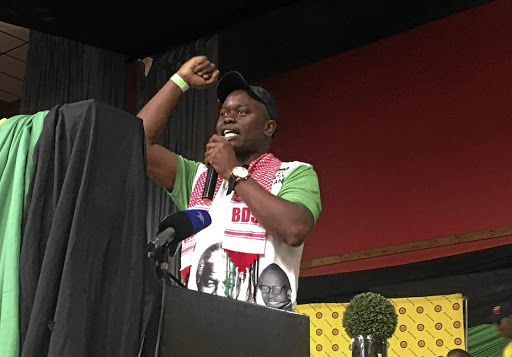 The provincial chairperson of the ANC Youth League in Mpumalanga, Tim Mashele, has urged his members to elect young people who won't sleep during crucial debates in parliament.
Image: Mandla Khoza

The ANC Youth League in Mpumalanga has vowed not to nominate "old people" for parliament in next year's national and provincial elections.

Speaking during the 74th celebration of the league in Middelburg, the chairperson of the ANCYL in Mpumalanga Tim Mashele asked league members not to nominate any older person to parliament or legislatures because they sleep during crucial debates.

"We call for the young people to not support any old person to go to parliament or legislatures. We want young people because they understand our daily struggles, these comrades who have been in parliament since 1994 must go to retirement," Mashele said.

"You must not be allergic to electing a 21-year-old to be in parliament. In fact, we are tired of the old guard telling young people what to do."

Malema demands apology, retraction of the allegations.
News
3 years ago

His sentiments were shared by ANCYL deputy president Desmond Moela, who called on the youth to isolate any "old thing".

The event, which was suppose to be addressed by Deputy President David Mabuza and ANCYL president Collen Maine had to carry on with Moela as the two could not make it.

Treasurer and presidential candidate of the league, Reggie Nkabinde, was also in attendance. Mpumalanga secretary Pholoso Mbatsane aims to be secretary-general under Nkabinde's slate.

Following the Nkangala region's fight during their regional general council last weekend, police discovered that some members of the league had knives and other weapons on them when they arrived at the event.

The youth league is going to hold its elective conference in October and Nkabinde, who is current treasurer-general of the league, is expected to contest for the top job against Thanduxolo Sabelo.

'I want to be top dog, not just a puppy' - ANC Youth League's Reggie Nkabinde

Reginald "Reggie" Nkabinde has fired a broadside at his main rival Thanduxolo Sabelo.
News
3 years ago

Thanduxolo Sabelo favourite to take over the reins of ANCYL

Thanduxolo Sabelo has received overwhelming support from all ANC Youth League regions in his province.
News
3 years ago
Next Article