More than just a name: The eight people killed in Denel blast 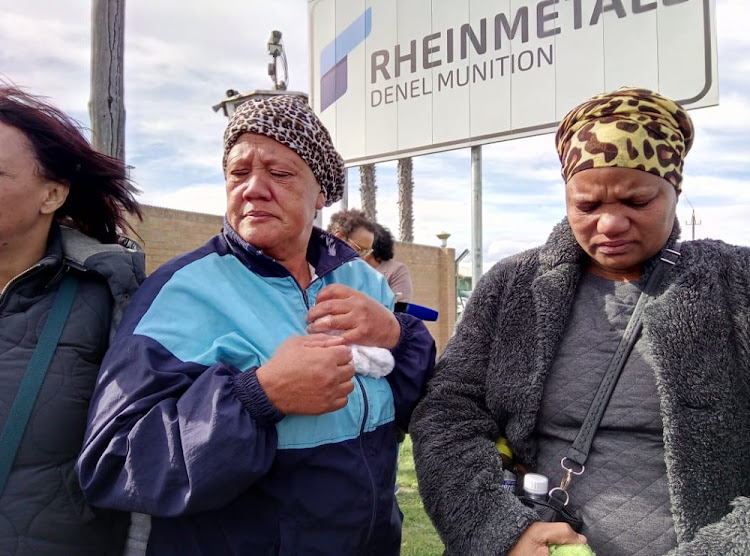 Rheinmetall Denel Munition (RDM) has released personal details about the eight people who died in an explosion at its factory in Macassar near Somerset West.

The company said on Friday that the families of those who died on September 3 had given permission to share some personal information about their loved ones‚ as a means of honouring them publicly.

Plant supervisor Nico Angelo Samuels‚ 41‚ started working at the company in 1999 as an operator and worked his way up‚ ultimately becoming a supervisor in 2017.

“He was an avid cricketer‚ playing for Macassar and RDM‚ and lived for soccer. His family say that he loved his colleagues dearly and was a people person. He was known for being humble‚ kind-hearted and having a big smile‚” said the company.

Team leader Stevon Robert Isaacs‚ 51‚ was described by his family as an easy-going person. “He used to play rugby for the Vineyards with all of his brothers‚ who made up most of the team. He was an avid sports fan‚ supporting the All Blacks in rugby and Chelsea in soccer. He also enjoyed watching horse-racing every weekend.”

Grieving families to be updated on Denel explosion

Mxolisi Sigadla‚ a 40-year-old operator at the factory‚ was born and matriculated in Idutywa in the Eastern Cape. He moved to Cape Town and joining the factory in 2014. He obtained a national certificate in public management in 2011 and received a certificate of service from the City of Cape Town. His family said he enjoyed playing soccer and listening to jazz music.

Bradley Tandy‚ 19‚ was an operator who grew up in Macassar‚ where he attended school and played rugby and cricket. He followed all types of sport on television and was “seldom seen without his phone in his hands”. His family described him as a good son.

Operator Jamie Lesley Haydricks‚ 24‚ grew up and lived in Macassar. “He enjoyed dancing‚ cycling and playing rugby and soccer. His family says he loved making jokes and kept people laughing. He was also a DJ and a lover of music‚” said the company. Jason Hartzenberg‚ 22‚ also an operator‚ was born in Macassar and grew up in Strand. “He liked to dance and also taught dancing to neighbourhood children. He played rugby at school and fixed bicycles in his spare time. He was also a barber to all and dabbled in pigeon farming.” He was also known for being precise and neat.

Munitions factory blast victims to be named next week

Triston Lance Davids‚ 22‚ was an operator and qualified as a basic ambulance assistant in pursuit of his dream of becoming a paramedic. He planned to join the South African army.

“He practised karate and earned his brown belt at a young age. His family says he was obsessed with the gym and even started his own home gym. He was known for his beautiful voice and loved soulful music. He was also very spiritual‚ being a secretary of the Christian Youth Ministries of the United Reformed Church.”

Operator Thandolwethu Mankayi‚ 27‚ grew up in Mfuleni‚ where he went to school. He worked as a driver before joining the munitions company. “He enjoyed skating‚ playing soccer and listening to music. He was also a DJ.” Those killed were survived by mothers‚ fathers‚ wives‚ children and many relatives.

“We feel it is important to honour our colleagues by sharing some personal information about them‚” said the company‚ which is to host a memorial service at the facility on September 20 at 2pm.