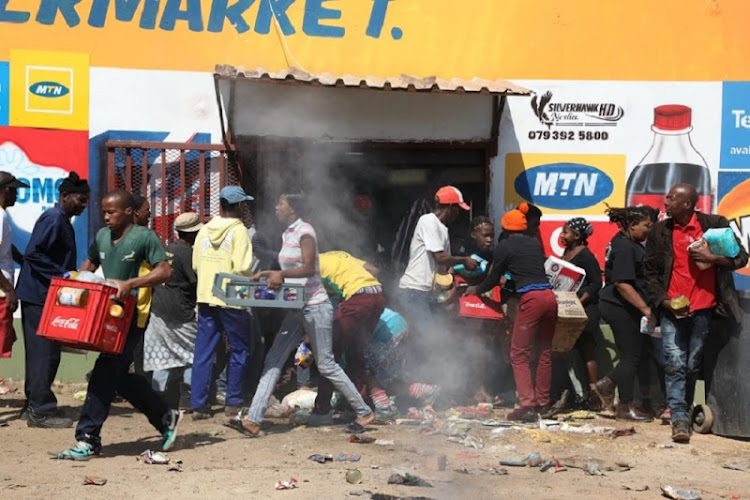 There are simply not enough inspectors to check on the food being sold by spaza shops in parts of Gauteng.

That was the message conveyed to the South African Human Rights Commission (SAHRC) on Wednesday as it held a two-day inquiry into claims that foreign national shop owners were selling counterfeit or expired food.

A panel of different stakeholders will seek to unpack what prompted recent attacks on several shop owners.

Jerry Chaka from the city of Ekurhuleni said samples of questionable food‚ confiscated during an inspection in the Tembisa area a week ago‚ had been sent to the National Health Laboratory Services.

Farmers United SA appears to have been among the first to spread rumours on social media about fake food.
News
3 years ago

“We were able to pick up cold drinks of a different colour than others and were able to obtain them‚ carry out sample testing …. We are still waiting for results of tests‚” said Chaka.

It takes about three to four weeks to get test results.

He said they had 112 staff members for a population of two million and that 320 health inspectors would be needed to “accommodate the population”.

Currently there were more than 100 environmental health inspectors deployed to investigate whether spaza shops were meeting regulatory standards‚ said Chaka.

“A number of spaza shops did not comply. [Since last week] we assessed slightly over 300 spaza shops and the majority of those do not have zoning rights.

“All the food premises must be inspected minimally on a quarterly basis. Where there are high risks in food safety‚ you would have to increase frequency‚” he added.

Those that were found to be non-compliant were given 21 days to comply.

Peter Manganye from the City of Johannesburg blamed the lack of thorough and regular inspections on a lack of staff. “Out of all the population one inspector is responsible for 10 000 people. It’s three times the work load.”

'You are looting poison‚' says Fikile Mbalula during Soweto visit

Fikile Mbalula has asked the community of Soweto why they are looting food claiming to be selling fake and expired food.
News
3 years ago

Manganye said there were 100 informal settlements in the city. “We have 5 000 street traders and 3 500 spaza shops in largely township areas. The concentration of these businesses is in the townships‚ unemployment is high‚ which creates competition.”

“More than 1 200 shops in Soweto are not regulated by bylaws‚” a Somali Community Board leader submitted to the public inquiry.

Amir Sheikh said: “It is important to us…We signed a pledge not to disseminate or sell any counterfeit product in our stores.

“We asked the government that we are ready to translate the bylaws into languages that our members can understand. In all the municipalities that we have approached we did not get any assistance. Most of the time they said there is no budget‚” said Sheikh.

He said the local government did not include them in township revitalisation programmes.

“We want to co-exist with local South Africans but all we hear from our leaders is: ‘share our secrets.’ If there is no coexistence between us and community‚ what secrets are we going to share?

“We knew for three months that the attack was coming‚ but we did not know when it will take place” Sheikh added.

He said they purchased products from reputable companies‚ “These manufacturers are not penalised when they alter expiry dates and give us goods that are expired‚ hence making us be at loggerheads with the community. We do not see reason to come all the way from Somalia to South Africa only to break the law.”

Brian Leroni from Massmart‚ from which some of the goods sold at spaza shops are sourced‚ said: “It's not in our interests to sell expired or fake goods. We have a desire for perfection and sell to all our customers irrespective of nationality and we have strict policy.

“We have a rigorous regime and have stock rotation; merchandisers take our stock that is most likely to expire. It is put in front and new stock is placed at the back or bottom. We remove stock that's about to expire‚”