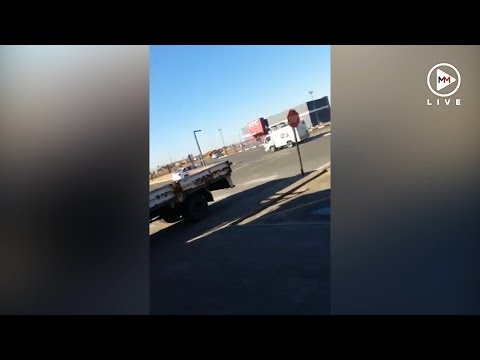 Four men robbed two security guards of their cash boxes at Dawn Park Shopping Centre in Boksburg on the day police top brass told the nation cash heists were on the increase.

The incident took place at around 8.30am on Tuesday – just before police revealed the latest crime statistics in Parliament.

An undisclosed sum of money was grabbed from security guards who had just picked it up from a Cashbuild hardware store in Gauteng‚ said police spokesperson Constable Nkemeleng Mabula.

“The cash guards were approached by four unknown men carrying firearms‚ who then pointed [their guns] at them and took the … money. It appears that they ran to a VW Jetta vehicle to load the money‚” said Mabula.

As they were loading the cash‚ a shootout between the guards and suspects unfolded. Multiple shots were heard as the robbers fled.

Nobody was injured and no arrests were made immediately afterwards.