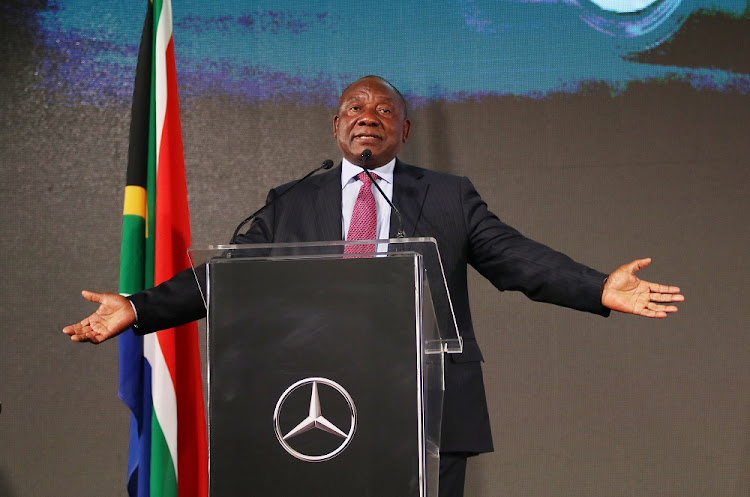 South Africa needs “jobs‚ jobs and more jobs”. That is what president Cyril Ramaphosa said on Wednesday in Cape Town.

He addressed the Gardens Synagogue as they celebrated the Jewish New Year‚ Rosh Hashanah.

President @CyrilRamaphosa attends the Jewish Community New Year’s prayer session held at the Gardens Synagogue in Cape Town. The Jewish community is observing the Rosh Hashanah and also celebrating the advent of the year 5779 on the Hebrew calendar. #RoshHashana pic.twitter.com/CpdMZGkN6j

Ramaphosa said government wanted to attract $100-billion in domestic and foreign investment over the next five years.

“Part of this journey is the cultivation of a new generation of entrepreneurial South Africans who establish businesses for themselves and employment for others. The Jewish community is ideally placed to contribute to this effort.”

He called the state capture commission the “spearhead” of various interventions to fight corruption and “help us understand the depth of criminality that has impoverished our society and economy”.

“We must pledge as a nation that we will never allow our ethical and economic fibre to be undermined on this scale again‚ or on any scale for that matter.”

Ramaphosa called on all South Africans to take part in the debate on land reform.

“It [land reform] will be implemented in ways that will broaden economic opportunity and social cohesion.”

He added: “We are certain that we will arrive at a solution that provides the clarity and certainty that is sought by landless South Africans‚ landowners and investors alike.”

On the tensions between Israel and Palestine‚ Ramaphosa said the government remains “clear and unequivocal” in its support for a Palestinian state “to exist in peace and security” alongside Israel.

“We must be equally appalled by the violation of the rights of a person‚ whether Palestinian or Israeli‚ whether Jewish‚ Muslim or Christian. We must recognise equally the inalienable right of every people to self-determination and freedom.”

Ramaphosa reminded the gathering that the Constitution protected cultural and religious rights and that anti-Semitism must be excised. He also praised the contribution of Jews in developing South Africa.

“The importance attached by the Jewish community to family and community life‚ to faith‚ to education‚ to hard work and to perseverance is admired by all South Africans.

“Our history is punctuated with several examples‚ both celebrated and unknown‚ of people of Jewish background who fought against the injustice of apartheid.”