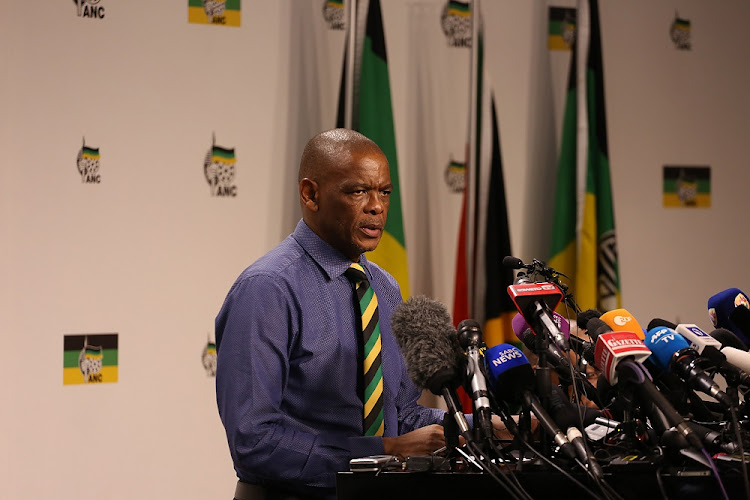 ANC secretary-general Ace Magashule has confirmed meeting with former president Jacob Zuma at a hotel in Durban but denies reports that they were plotting to oust President Cyril Ramaphosa.

The Sunday Times reported at the weekend that Magashule, along with former North West premier Supra Mahumapelo and other leaders from ANC structures, met with Zuma to discuss a plan to unseat Ramaphosa.

He said that although he did not clear the meeting with the ANC leadership, he has “confided” the details of it to them and they accepted his reasons – which he would not share – for the meeting.

“No. National officials of the ANC did not know that I will be meeting with president Jacob Zuma. I’m just saying, in our meeting of officials yesterday, I briefed them about that meeting with president Jacob Zuma because I’ve been going throughout the country, I’ve been meeting leaders, I’ve never reported to anybody. That is my work as secretary-general of the ANC.”

Ramaphosa was sworn in as president after Zuma was strong-armed into resigning following pressure from opposition parties and pressure groups.

It was said at the time that the move for Zuma to resign, which was said to have been facilitated by Ramaphosa, resulted in a breakdown of the relationship among the elected ANC top six who include Ramaphosa, Magashule, Jessie Duarte, Paul Mashatile, Gwede Mantashe and David Mabuza.

Magashule said the leadership was trying to unite the ANC and denied the allegations of secret meetings to oust Ramaphosa.

“I don’t know why the controversy because the place where we met with president Jacob Zuma is not a secret place. It’s a hotel,” he said.

According to Magashule, he held a separate meeting with Zuma which Mahumapelo was not part of. He said that he believes Zuma and Mahumapelo met after his meeting with the former president.

He has said, however, that both him and Supra met with Zuma separately.

He says that he met with Supra the previous day to discuss non-ANC related matters.