Police budget is being wasted on VIPs - Zakhele Mbhele 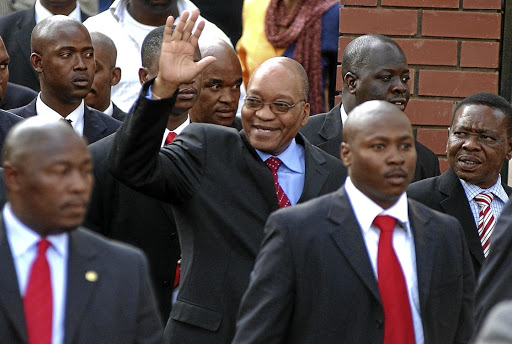 Four more South Africans were murdered every day‚ according to the latest annual #crimestats‚ but the government spends R9.1-million a year to protect one VIP compared with only R1 500 per ordinary citizen – that’s you and me.

This is according to DA MP Zakhele Mbhele‚ who said that the government was more concerned with executive elite protection than providing resources to combat crime.

“… Their skewed priorities are crippling the fight against the unacceptably high levels of crime in the county.”

He said: “We know that the SA Police Service (SAPS) is severely under-resourced‚ under-staffed‚ under-trained and under-equipped.

“A significant amount of what is spent on VIPs could be invested to create a professional and effective police service which can turn the tide against crime in our country.”

The SA Police Service releases the yearly crime stats on Tuesday, September 11 2018. Here are seven alarming figures from the results.

South Africa has recorded an increase in the number of reported serious crimes including murder‚ attempted murder and sexual offences.
News
3 years ago

When it comes to crime against children‚ more boys were murdered than girls in the last financial year in SA.
News
3 years ago

Police stations in the Western Cape had the highest number of murders recorded in the 2017/2018 financial year.
News
3 years ago
Next Article