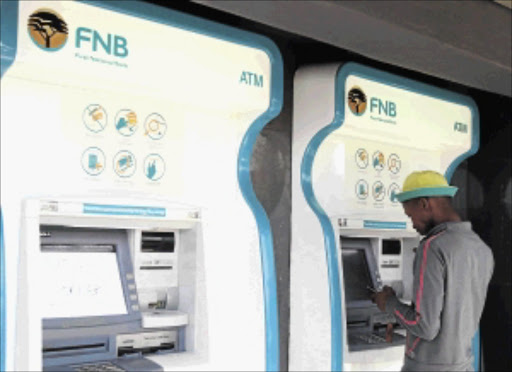 FNB on Tuesday confirmed it had received a summons from an attorney representing approximately 60 customers who lost their goods when their safety deposit boxes were burgled at its Randburg and Parktown branches in 2016 and 2017.

"The bank will consider the summons and instruct its attorneys to defend the matter‚" said Lee-Anne van Zyl‚ CEO of FNB Points of Presence.

The First National Bank clients had served the banking giant with court papers to force it to reimburse them.

Speaking to SowetanLIVE earlier‚ the victims’ group organiser‚ Kelly Fraser‚ expressed optimism that the court would rule in their favour. "We are very optimistic of our case. We have spent the last eight months fine-tuning our application to ensure that it is well put together‚" Fraser said.

The matter is due to be handled by the High Court in Johannesburg.

Fraser said they were claiming more than R121-million in damages based on almost 2‚000 items that she and more than 50 other plaintiffs had lost when the bank's security boxes were emptied.

Others had also settled for the small payouts because they did not have the financial muscle to take on FNB‚ she added.

Van Zyl said they had reimbursed most of their clients.

"FNB further confirms that the majority of its customers who were impacted by safe custody burglaries have accepted its settlement offers which were finalised in 2017‚" she said.

SowetanLIVE reported last year that many of the offers FNB had made to its clients appeared to be below 20%‚ of the full value of their claim.

At the time‚ SowetanLIVE reported that one person was offered just 14% of his claim‚ despite providing proof of his Krugerrand purchases.

The victims lost family heirlooms‚ cash‚ coin collections and other valuables in one of three heists.

In September 2015‚ FNB said “a small number” of safety deposit boxes had been stolen from their Sunnyside‚ Pretoria branch.

On December 18 2016‚ 360 boxes were stolen in a brazen overnight break-in at the Randburg‚ Johannesburg‚ branch and two weeks later‚ on New Year’s Eve‚ thieves penetrated a vault at FNB Parktown and made off with R1.7-million in cash and valuables from about 30 deposit boxes.

The settlement offers included a confidentiality clause‚ but Henning Springer of Randburg has nothing to lose by speaking about his offer‚ because it’s zero.

His e-mail from FNB read: “We note that your version states that you had various items of value in your safety deposit box. However‚ you have not provided sufficient proof... we will not be compensating...”

Springer had submitted a claim totalling R186‚000 for his losses‚ including several Krugerrands‚ coin collections‚ his children's christening gifts‚ collections of old South African banknotes and R40‚000 in cash.

“I had taken no photos of any of it in the box‚ but would I have been paying the bank R220 a month for 20 years for an empty box?”

Initially‚ the bank pointed victims to the small-print terms and conditions of their safety deposit box rental contract‚ which state that the bank takes no responsibility for any losses and urges customers to take out insurance on their valuables.

But when allegations of the bank’s failure to adequately secure the vaults surfaced‚ the bank softened its stance‚ reimbursing heist victims for the cost of replacing personal documents such as passports; paying the excess amounts for those who were insured‚ and enlisting a team of external assessors to evaluate the claims of those who were not insured.

FNB spokesman Lee-Anne van Zyl had at the time said the bank had made individual settlement offers “despite not being legally obliged to do so”.

Shortly after the Parktown incident‚ FNB announced that it would no longer provide a safety deposit box facility to its clients.