Police Minister Bheki Cele‚ who took up the helm in February‚ has dropped his predecessor Fikile Mbalula and police management in hot water — while not naming anyone directly.

“Government security cluster hasn’t met in two years. Perhaps that is part of dropping the ball‚ but now we meet regularly‚” Cele told a news briefing after revealing that in 2017-2018‚ 20‚336 murders were recorded‚ 1 320 more than in the previous financial year.

He did not directly pin the blame on Mbalula‚ nor any of the top brass by name.

In another shocking revelation‚ Cele said the South African Police Service had substantially reduced the number of its personnel.

“We have lost the United Nations norm of policing which says 1 policeman to 220 citizens. One police officer is now looking at almost double that.”

Cele is promising to improve the situation.

“On behalf of the government of South Africa‚ I’m putting all the police general’s heads on the block.”

He placed a specific focus on training to improve how police officials deal with crimes against women. 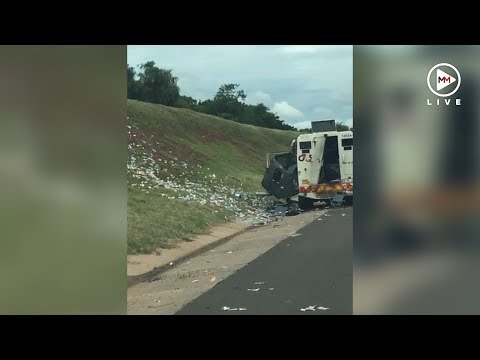