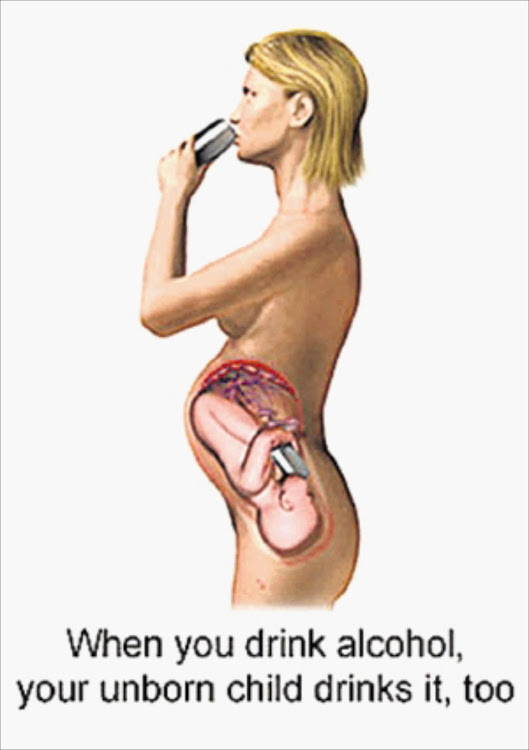 FATAL DOSE: When you drink alcohol your unborn child drinks it too

A Soweto woman regrets drinking heavily during pregnancy after her daughter was born with an intellectual disability.

FASDs refers to birth defects – including intellectual disability – caused by mothers’ drinking during pregnancy, with foetal alcohol syndrome (FAS) being the most severe of the disorders.

SA has one of the world’s highest rates of FASDs, which leads to the babies’ behavioural problems later in life.

Speaking at the event at the Birchwood Hotel in Boksburg, east of Johannesburg, Gaanakgomo recalled how she would visit a local tavern even after finding out that she was five-months pregnant.

“I was stressed and I drank a lot. I would even refused to eat,” she said.

Gaanakgomo said she was unaware about the perils of drinking during pregnancy. Her daughter, who is now 16, is unable to speak and only started walking after three years. “I cry tears now when I look at my child.”

Gaanakgomo said she hoped her story would help educate other mothers about the impact of alcohol abuse during pregnancy.

The event was part of social development deputy minister Hendrietta Bogopane-Zulu’s visits to provinces during her 9-9-9 campaign to educate people about the dangers of prenatal drinking . Bogopane-Zulu said she encountered heartbreaking stories during her interactions with communities, including a woman whose nine grandchildren were all born with FASDs.

“I think women don’t have the information required for them to make the right decisions. Communities have also abdicated their responsibility to hold each other accountable,” she said.

She said her department would strengthen its awareness campaigns among the youth.

“Children give birth to children which means there is a high prevalence of unplanned pregnancies.”

Ingrid Louw of Association for Alcohol Responsibility and Education said: “No amount of alcohol is safe during pregnancy.”