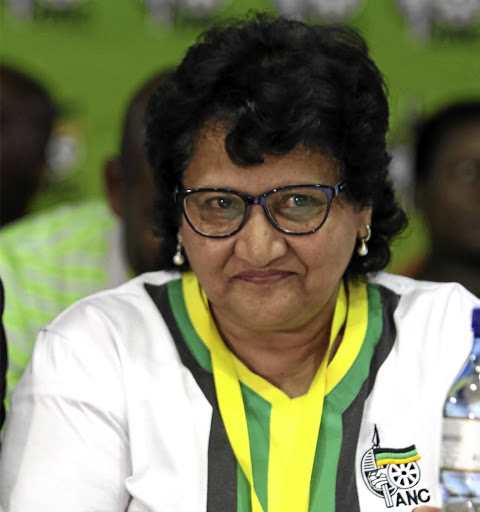 The ANC's deputy secretary-general Jessie Duarte says reports of her children working for the Guptas are lies.
Image: ANTONIO MUCHAVE

ANC deputy secretary-general Jessie Duarte says she is prepared to appear before the state capture commission of inquiry.

Duarte told Sowetan in an interview on Wednesday that she was prepared to have her say in the inquiry.

"I hope I can go to the commission of inquiry because apart from them wishing me to answer things I might not know... I hope they would give an opportunity to people like me to go and explain what's happening in some of our municipalities," Duarte said.

Duarte, through her son and son-in-law, has been linked with the Gupta family accused of state capture after several reports that both her son Yusha Duarte and son-in-law Ian Whitley were beneficiaries of the family's largesse.

The leaked Gupta e-mails showed that Yusha went on a business trip paid for by the Guptas in 2014.

ANC deputy secretary general Jessie Duarte wants to give her input into a damning report on state capture released on Thursday. The South African ...
News
5 years ago

Duarte said she warned Whitley not to take the job as Van Rooyen's chief of staff when he was appointed as minister by former president Jacob Zuma.

She said her son-in-law had been unemployed since March because of the reputational damage he had suffered for taking the job.

"My son-in-law made a mistake in my view by going to work for Des van Rooyen. He will pay for that for the rest of his life because nobody will understand that all he wanted to do was to be a civil servant."

Duarte said she told Whitley the National Treasury was the preserve of a clique.

She said the Zondo commission will allow South Africans the opportunity to expose corruption. "I think the commission is a very good thing.

"Finally in our country we can talk openly about things we've known for a long time and have not said. For instance, state capture doesn't start with one family or two families. State capture begins when a tender in a municipality, for example, is given to one company, and that company will do anything in its power to retain that tender, including bribing officials. We must investigate that," she said.

The outspoken Duarte also said she was targeted for her support of the defunct The New Age newspaper and ANN7 television channel previously owned by the Guptas.

She believed that Mzwanele Manyi, who took over the companies and rebranded them, was punished because he offered a differing view.

She said there was a need for diversity of ownership in the media industry.

Duarte said that reports of her children working for the Guptas were lies.

"My daughter never worked for the Guptas. She's always been a salaried worker. My son owned a company. The company went defunct."