There’s no peace without land‚ Mabuza tells the NCOP 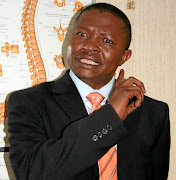 Deputy president David Mabuza on Thursday said peace and stability was unimaginable in South Africa if land ownership remained in the hands of the few.

While addressing the National Council of Provinces‚ Mabuza warned that if the country did not resolve the land question‚ it was merely postponing the inevitable.

“No political stability‚ peace and democracy are imaginable as long as the bulk of the land is in the hands on the few‚” he said.

He said that‚ in reality‚ the positive prospects of our shared destiny as a country was largely dependant on the ability to resolve the land question in a very responsible and a fair manner.

“If we do not take the necessary decision that will address the current state of inequality and concretely deal with the past injustices with necessary firmness and determination‚ we will be postponing the inevitable social friction that will pull us backward‚” said Mabuza.

He said comprehensive land reform to address past injustices was necessary for the country to move forward and that without it the country risked having endless social‚ racial and class frictions.

But he criticised the current land reform programme‚ saying it was hopeless‚ very slow and caused frustration among claimants due to “budgetary constraints and the willing buyer‚ willing seller approach”.

“The market led mechanism of pursuing land reform has proved to be cambusam‚ protracted and inappropriate‚” said Mabuza.

Mabuza further defended the ANC’s stance that Section 25 of the Constitution should be changed to accelerate land reform. This after DA member Jacques Julius criticised President Cyril Ramaphosa for pronouncing on the ANC’s stance on expropriation. “The ANC went into its own conference...and in the conference the ANC took a resolution that we are going to transfer land through expropriation without compensation‚ and we were the first to sponsor that. I don’t know why we are criticising the president of the ANC when it’s advocating the resolution of the ANC‚” said Mabuza.

He said all parties had a right to advocate their position on the proposed amendment of Section 25 to expropriate land.

EFF member Tebogo Mokwele asked if the ANC would allow for the state to be custodian of the land after amending Section 25.

Mabuza responded‚ saying the land reform model of the ANC was to transfer the land to individual owners who will have individual title deeds.

He said the state didn’t want to destroy productive capacity of land owned by commercial farmers but it wanted them to step forward and share the land. He said they should know from the onset that the land was dispossessed from someone.

Mabuza said he was aware that there were people who were scared that the the ANC would not handle the process in a responsible way but the party intended to allow new entrants to use land productively.