Sassa in dash to migrate 200 000 grants recipients to Sapo 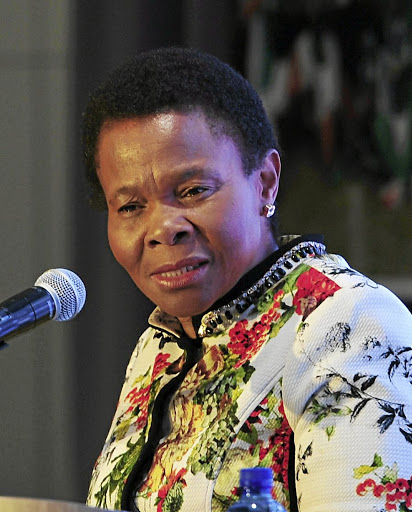 The South African Social Security Agency (Sassa) is in a race against time to get more than 200 000 social grant recipients migrated into the new SA Post Office (Sapo) cards as the current grant distributor bows out at the end of the month.

"I accept that we have not succeeded in transferring all cash recipients of social grants who are paid by CPS to the new Sassa/Sapo card," stated Shabangu.

She however indicated that the card swap process had been taking place at an average of more than 100 000 cards a day.

"I am confident the balance of cash beneficiaries will be transitioned to the new Sassa/Sapo card in the course of September," said Shabangu.

The CPS contract with Sassa, which was declared invalid by the Constitutional Court in 2014, was allowed to run until the end of this month by the apex court to allow grant payments not to be impacted negatively.

She indicated that cash recipients paid by CPS were 3.1-million in April, but noted that the figure has been brought down to 221 599.

Herman Kotze, the CEO of Net1, CPS's parent company, said that the company was happy to bow out of the distribution of grants.

"It's time for the umbilical cord to be cut as we need to start repairing the reputational damage we suffered," Kotze said.

Minister Susan Shabangu is serving up comestibles with crockery and cutlery she bought for her office at a cost equal to a retail worker’s salary for ...
News
3 years ago

The SA Social Security Agency (Sassa) has reported controversial grants distributor Cash Paymaster Services (CPS) to the police and the ...
News
3 years ago
Next Article