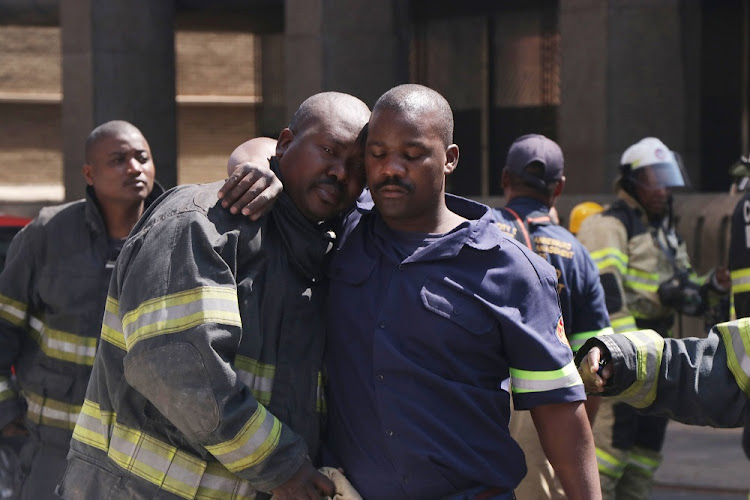 Firefighters comfort each other after three of their colleagues died while battling a blaze at one of the government buildings in the Johannesburg city centre.
Image: TSEPISO RAMOSELA

“They were sent to their deaths.” This was the consensus by former city fire officers who were trying to make sense of the deaths of three firefighters who died in Johannesburg on Wednesday while trying to rescue dozens of government officials trapped in a burning building in the inner city.

The building‚ which was condemned one week ago in a report by the Gauteng infrastructure development department‚ is a “complete fire hazard” and a “death trap”‚ say the former firefighters.

But public safety MMC Michael Sun disputed claims that the firemen were sent to their deaths and that proper firefighting safety protocols were not followed‚ while Joburg mayor Herman Mashaba‚ referring to the fact that the building was not up to standard‚ said efforts to put out the blaze were hampered by a lack of sufficient water pressure in the building.

Firefighters were ‘sent into a death trap’
Next Article