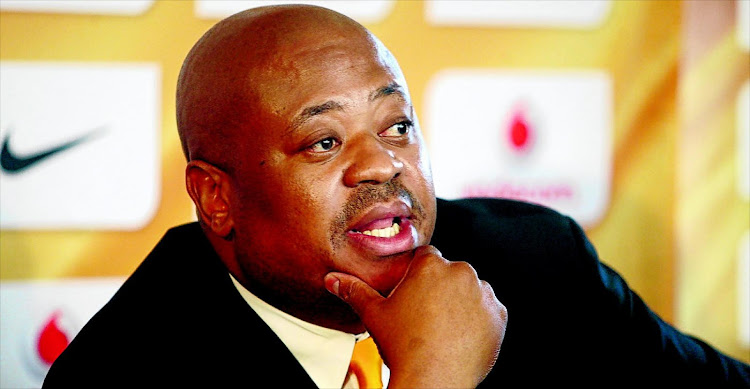 The two men accused of trying to solicit a R600 000 bribe from Kaizer Chiefs boss Bobby Motaung were denied bail at the Wynburg Magistrate's on Wednesday.

Mpho Mphahlele, 33, and Peter Moutlane, 51, appeared at the Wynburg Magistrate's Court in Johannesburg on charges of extortion after they posed as senior Hawks officials who could help make Motaung's corruption investigation disappear.

They were arrested after Motaung contacted the police who set a trap for the pair.

Captain Ayanda Plaatjie from the Hawks’ serious corruption investigating unit earlier told the court that the men were previously convicted for crimes committed in 2001 and 2011.

Plaatjie, who has been with the elite investigating unit for eight years, told the court that this was one of the reasons he opposed bail.

The Wynberg Magistrate's Court on Wednesday heard that two men facing charges of extortion were previously convicted for murder and theft.
News
3 years ago

The pair were arrested three weeks ago.
News
3 years ago

Mulamu said the soccer boss contacted the police to make them aware of the suspects posing as Hawks officials.
News
3 years ago