Victim of munitions plant blast was about to become a cop 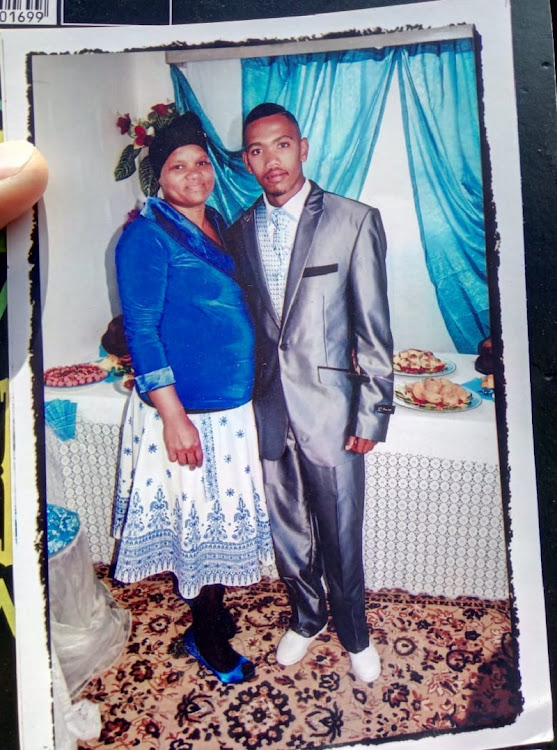 Jason Hartzenberg, 21, one of eight workers killed in an explosion on Monday at the Rheinmetall Denel munitions plant in Somerset West.
Image: ARON HYMAN

Jason Hartzenberg dreamed of being a policeman and had just passed his entrance examination.

But the 21-year-old’s dream died in the blink of an eye on Monday when he was killed in a massive explosion at the Rheinmetall Denel munitions factory in Macassar‚ near Somerset West‚ in the Western Cape.

Hartzenberg’s aunt‚ Marilyn Hartzenberg‚ and his 1-year-old child’s grandmother‚ Beverley January‚ stood weeping at the factory gate on Tuesday as a large contingent of the Macassar community — which relies on the plant for 2‚200 jobs — held a church service.

January clutched a picture of her nephew in the cold wind of an approaching storm‚ and said he had been planning to leave his part-time job to follow his dream of becoming a policeman.

“He was such an exemplary child. He had a beautiful heart‚” she said.

Hartzenberg was the family’s sole breadwinner after his elder brother‚ Mario‚ was shot three times in gang violence in Macassar. His injuries mean he is unable to work.

Marilyn said Mario and his mother had just returned from a hospital check-up on Monday when Hartzenberg’s friend‚ whom he had just relieved of his shift‚ called with news about the explosion.

“She was just recovering from Mario who was shot and then she received this news‚” said Marilyn.

A pastor has reached out to comfort the grieving community of Macassar‚ who lost loved ones in a massive explosion that destroyed part of a munitions ...
News
3 years ago

Hartzenberg was one of a team of 10 people mixing propellant for 155mm artillery shells on Monday. It was destined for the South African National Defence Force and export customers in Europe and the US.

At about 3.30pm‚ an earth-shaking explosion destroyed the roof and severely damaged the blast wall of the building where they were working.

“We have no idea what went wrong‚” Rheinmetall Denel CEO Norbert Schulze said on Tuesday.

None of the dead workers’ bodies had been retrieved yet‚ said Schulze. “We are not able to access the site yet‚ it’s not safe yet. There are falling rocks and stones and propellant‚ and extreme heat‚” he said.

The City of Cape Town Fire and Rescue Services said on Monday that eight people were reported dead in the blast‚ but Schulze said he could not give an estimate of fatalities because no remains had been recovered.

He said the plant was one of the largest of its kind in the world‚ and South Africa’s only large-calibre munitions production facility.

The complex contained 400 buildings‚ each contained with blast walls in order to prevent a chain reaction in the event of an explosion like Monday’s.

Denel explosion so big it ‘destroyed the entire building’

The explosion which killed eight people at the Rheinmetall Denel munitions factory on the outskirts of Cape Town on Monday “destroyed the entire ...
News
3 years ago
Next Article