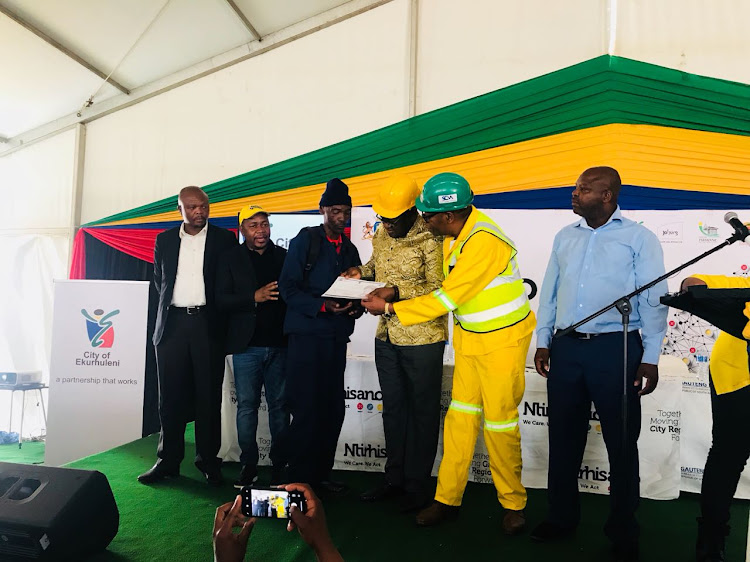 Ekurhuleni mayor Mzwandile Masina, along with Gauteng Premier, David and Makhura and the Provincial MEC for Human Settlements hand over a title deed to Abraham Molefe. Molefe is a one of 2000 to receive a serviced stand as part of the provincial government’s Rapid Land Release Programme.
Image: Tankiso Makhetha

The Gauteng government will not disclose land identified for expropriation without compensation as part of its rapid land release programme, premier David Makhura said on Friday at the launch of the programme in Palm Ridge Extension 10, Ekurhuleni.

The programme prioritises the release of land by identifying parcels of unused land and distributing it for people to build houses.

Asked how much land the government had to spare to cater for this programme, Makhura said: “We will not disclose to you which farms or which land parcels have been identified for expropriation. There are some farmers and land owners who have come forward and said they want to work with us and make their land available.”

Gauteng premier David Makhura was expected to hand over serviced stands in Katlehong, Ekurhuleni on Friday.
News
3 years ago

He said those who have expressed a willingness to work with the provincial government have shown interest in seeing transformation taking place in the country.

“Otherwise they will leave us with one option – expropriation without compensation.”

Makhura explained that releasing land will provide the provincial government with an opportunity to transform its economy to include small businesses in all sectors, including urban agriculture.

Makhura said: “We are looking at land that is owned by different spheres of government and various state-owned enterprises. We will also look at land that is privately owned for expropriation without compensation. But our start is with the land that we own. Ekurhuleni has vast tracks of land from agricultural land but it is not enough based on the demand. From here we are going to other municipalities in the province.” 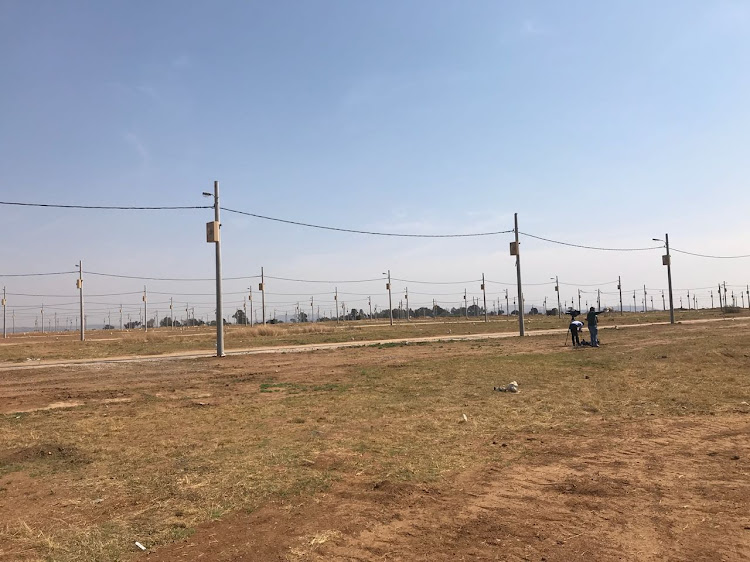 Human settlements MEC Uhuru Moiloa said as of 2016, about 1.2-million people were still in the waiting list for an RDP house in Gauteng.

“This programme will make sure that the burden on that list is eased because people will now be able to receive land and build their own homes at their own pace,” said Moiloa.

Sibongile Simelane, one of the beneficiaries of the stands, said she was overjoyed and proud to finally own a piece of land on which she would build a home.

“I applied for an RDP house 18 years ago, until today I'm still on the waiting list. I'm grateful that I will be able to raise my children in a home they can call theirs,” said Simelane.