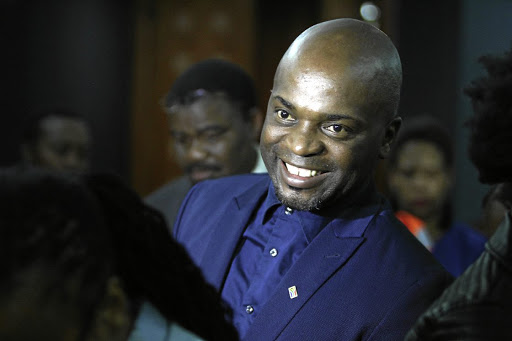 Tshwane mayor Solly Msimanga is all smiles after the council meeting could not vote on a motion of no confidence against him on Tuesday. The motion was dismissed by speaker Katlego Mathebe on the grounds that it was not substantiated.
Image: Thapelo Morebudi

The ANC ended up with egg on its face as its bid to oust Tshwane mayor Solly Msimanga fell flat following a walkout by the EFF from a council meeting.

Though the EFF staged the walkout after the council speaker disallowed a debate on its motion of no confidence in Msimanga, Sowetan understands that this has given the DA and the Red Berets a new opportunity to strike a deal that will save the mayor.

An EFF leader, who spoke on condition of anonymity, said his party and the DA were in talks and could reach an agreement soon.

"The DA is coming forward, we will hear on Monday. There may be no need for us to request another motion," the EFF leader stated.

ANC councillors at the Tshwane metro council on Thursday tried to convince their EFF counterparts to reconsider their walkout and return to the ...
News
3 years ago

A deal between the EFF and the DA would be a blow to the ANC, which had banked on votes from the Red Berets to help it remove Msimanga. Earlier in the day, ANC and EFF councillors sang and danced together, vowing to oust the mayor.

The EFF and the ANC had tabled separate motions of no confidence in Msimanga that were due to be debated on Thursday. However, the EFF's motion was dismissed by speaker Katlego Mathebe on the grounds that it was not substantiated, as it was only submitted as a "one liner".

But instead of them supporting the ANC's motion, which was properly tabled, the EFF's 25 councillors decided to walk out of the house - threatening to take Mathebe's ruling for a review by the courts. 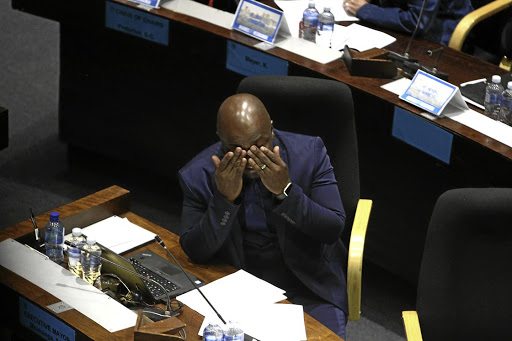 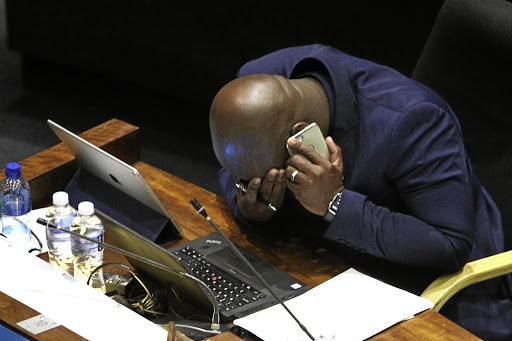 Some of the EFF councillors said they were not about to give the ANC the satisfaction of claiming Msimanga's scalp when the EFF was the first party to push for his removal.

EFF Tshwane caucus leader Benjamin Disoloane told Sowetan that "there was no guarantee" the ANC motion was going to be allowed had they remained in council.

"We're the ones who put the motion forward, and the ANC came with theirs afterwards... We are not in a coalition with anyone," Disoloane said.

The EFF walkout meant the ANC no longer had enough support for its motion to succeed. As a result, the party abandoned its motion.

ANC chief whip in council, Aaron Maluleka, announced that they were pulling out of the vote when they realised that the EFF would not join them. "We're going to force your hand, we're joining the EFF in court," he told those at the council meeting.

EFF motion of no confidence against Msimanga does not comply with the rules, says Speaker

ANC councillors then walked out of council afterwards, leaving the meeting without a quorum.

ANC Tshwane regional chairman Dr Kgoshi Maepa said: "We couldn't go on with the meeting because the speaker was not allowing democracy to thrive in council."

This was not the first time the ANC went to a battle with a DA-led administration thinking it had the backing of the EFF, only to be abandoned at the last minute.

In the City of Joburg earlier this year, the EFF suddenly backtracked in its opposition of the budget tabled by mayor Herman Mashaba. This left the ANC unable to block the adoption of the budget.