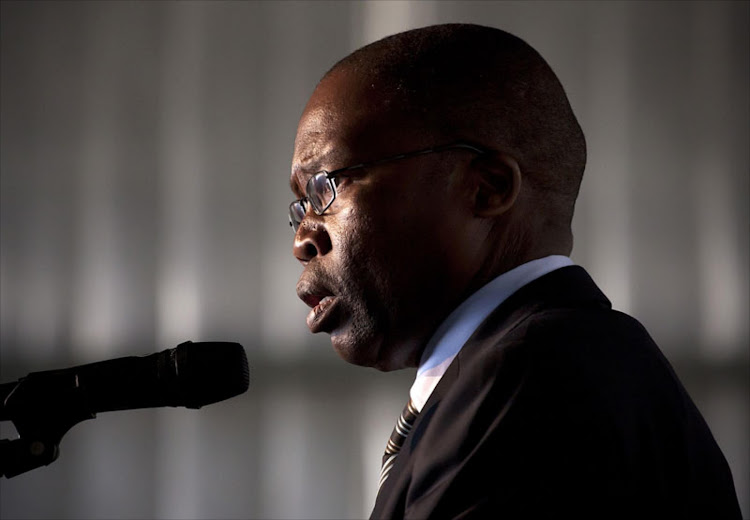 Former transport minister Sbu Ndebele was allegedly recalled from his post as South Africa's High Commissioner to Australia following charges of corruption against him which have now been dropped.
Image: DANIEL BORN

Ndebele was facing charges of fraud, corruption and money laundering.

He told SowetanLIVE: “Let me reserve [my] comment. This thing has been going on from December 2015 and has been postponed 14 times. Each time you even fly from Australia [where he was high commissioner until October 2017 when he resigned] for a 10-minute [court] session. It has been a very difficult thing [to have happened] to me. I am relieved.”

SowetanLIVE is yet to establish whether or not charges against his co-accused have also been withdrawn.

The four men - George Mahlalela, Zakhele Thwala, Tebogo Mphuthi and Justin Ncube - were charged with arranging kickbacks in exchange for a five-year contract extension for the management of the Electronic National Traffic Information System.

Blade uses mom's funeral to warn against selling out

Higher Education Minister and SACP secretary-general Blade Nzimande has used his mother Nozipho Nzimande’s funeral to warn against the scourge of ...
News
4 years ago

A warrant of arrest would have been effected on former transport minister Sbu Ndebele had he not appeared at the Pretoria Specialised Commercial ...
News
4 years ago

Sbu Ndebele‚ SA’s former high commissioner to Australia and the erstwhile minister of transport‚ offered to leave office in Canberra to avoid ...
News
4 years ago
Next Article