Student takes his life after failing 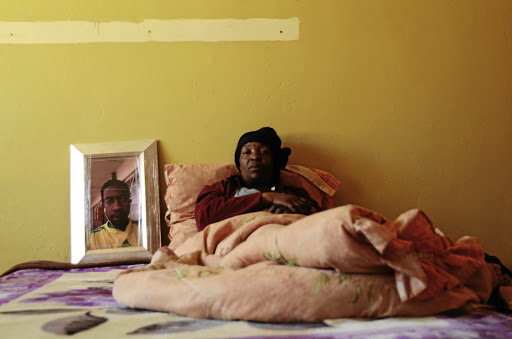 Zoliswa Kosi is mourning the death of her son Xolani who died after taking rat poison. The 21-year-old had been deregistered at the University of Johannesburg after losing his NSFAS funding .
Image: Mduduzi Ndzingi

A former university student did not have guts to tell his mother he had failed and would not be graduating next year and, instead, committed suicide.

Xolani Kosi, 21, a former BCom Accounting student at the University of Johannesburg (UJ), pretended to be attending classes for the past two years after he failed his first semester in 2016.

He died in front of his mother's bedroom door last week after drinking rat poison.

Yesterday, his mother Zoliswa Kosi, 42, said the pressure might have been too much for Kosi as all family members expected him to graduate next year.

"I think my child was in denial as he did everything with other students, he even attended classes. I am sure the pressure of graduating next year was too much. On Tuesday he decided to end it all.

"It was midnight when he pressed the panic button. I woke up thinking someone had broken into our house.

"I heard him asking me to call an ambulance. I went to him and there was foam coming from his mouth," Zoliswa told Sowetan at her home in Univille, near Lenasia South, yesterday.

‘Your passing has left a gaping and bleeding hole in my heart.’ Khensani’s mom’s heartfelt tribute

In a heartfelt tribute‚ Thobile Thembi Maseko said the death of her daughter‚ Khensani Maseko‚ has left her a broken women.
News
3 years ago

She said she called the ambulance and was surprised when they told her that Xolani had called 10 minutes earlier, saying he had drank a poison.

Zoliswa said Xolani passed matric in 2014 and was only approved for funding by the National Student Financial Aid Scheme for 2016, but he failed his first semester. He forfeited his funding and UJ de-registered him in June 2017.

"I am a single mother and do not have a full time job. Xolani was my middle child and the first one to go to university. He was a quiet child but recently he spent most of his time sleeping and eating a lot.

"I did not think too much about his change of behaviour because I thought he was stressed by his school work.

"I was looking forward to him graduating next year but instead I will be burying him."

She said after calling the paramedics she went to his room to look for the poison but she could not find it.

12 signs of depression and when you should seek help

It's important to understand that feeling depressed doesn't mean you have depression.
News
3 years ago

"Instead I saw a suicide note next to his bed. I did not read it because I was more concerned about his life. His eight-year-old sister was kneeling next to him. She was screaming, saying there was a yellow liquid coming out of Xolani's nostrils. He was declared dead by the paramedics on arrival."

Zoliswa said she was having difficulties coming to terms with her son's death.

"To make matters worse the police are refusing to give me the suicide note, telling me that it is better if I don't read it because Xolani has insulted me in the letter.

"I don't care if he has called me names, I need closure and to know why he took such a drastic decision."

Police spokesperson Sergeant Khalipha Mvula confirmed the suicide and said the note had been kept for further investigation.

UJ spokesperson Priyal Pillay said the university would need to investigate first before issuing a response.

Xolani will be buried on Saturday with the help of Holy Jerusalem Church.